On East Hastings Street, in the Downtown Eastside of Vancouver, known for the high number of creative offices and even higher rates of drug use and homelessness, Mark Brand has just reopened Save On Meats (one of his many eateries). The restaurant, butcher shop and commissary kitchen feeds the creative types, and also serves 537 free meals a day. Among the many other programs running there are cooking courses for homeless people, professional kitchen training for those with barriers to employment, a food business incubator program and a catering business. And a meal token program, basically a sandwich gift certificate, which provided 20,000 meals last year.

His restaurants are not without some flames of controversy, sparked by his outspokenness and fanned by his role in a reality show on the Oprah Winfrey Network last year. But that works for him, and there’s a reason. We talked to him about why he puts skin in the game, the financial value of charity and how to deal with haters. He also happens to have some advice for people who secretly want to own a restaurant (that’s probably you). What follows are excerpts from our conversation. 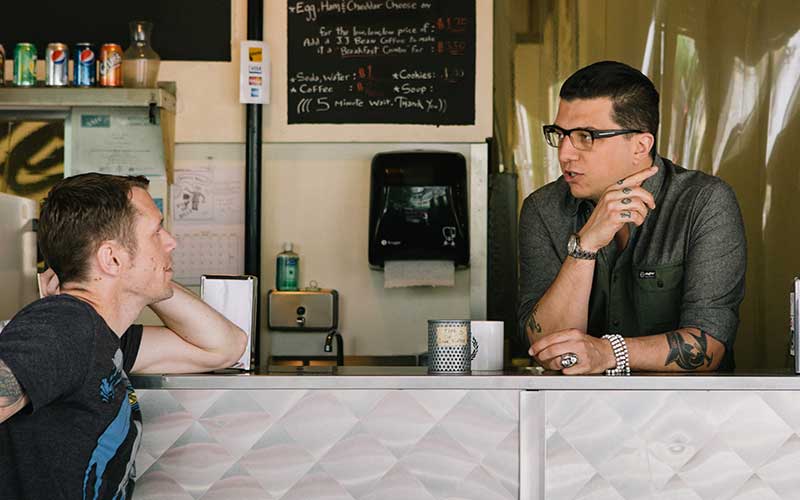 Why dream is the wrong word

“Since I was 25, I’ve been able to chase what I want. And I also get to work with people who want to achieve their dreams. No, dream is the wrong word. It’s just about asking, ‘What do we want to do? What are we going to do? What are the solutions that need to happen next?’ And then paying attention, because every project runs its course. We start a project when we’re excited about it, and we do it till we don’t want to do it anymore.

Why he opened a restaurant

“I opened my first restaurant after a couple of ah-ha moments. The first was when I was sitting with my boss at the bar of the restaurant, and he said, not in any rude way, ‘I think your tenure here is done. You’re ready for the next thing’ It was actually devastating because I’d been there for a couple of years and was 150% in, but he was right.

“Someone, said, ‘Let’s open a restaurant,’ and everyone was like, ‘Let’s do it.’ And so we called each others’ bluffs.”

“So I became a consultant. I got hired by Holt Renfrew to do all all their food and beverage for the opening of the new store. It was good money and reasonable hours. But within three weeks of working together, I knew it wasn’t a good idea. I pushed hard for it to be independent and interesting and fun, but I hated every second of it, and I just knew I was never going to enjoy doing it.

Skin in the game
“Around that time, I would get together and drink whiskey with a few of my best friends and with chefs I’d been working with. And someone, said, ‘Let’s open a restaurant,’ and everyone was like, ‘Let’s do it.’ And so we called each others’ bluffs. 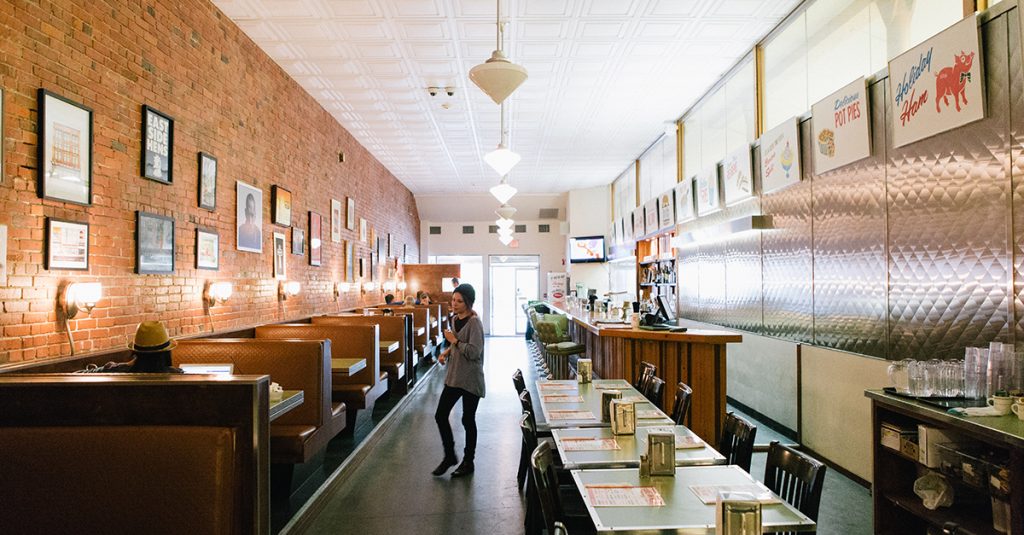 “We launched it on skin and credit card debt. But never once did I feel scared about the risk.”

“It was 2007, and we were opening up a fine dining restaurant on the tough side of town. No one was here yet, just a few bars. We launched it on skin and credit card debt. But never once did I feel scared about the risk. I love food and beverage, love people, love creating a cultural space to discuss stuff. And I knew if it all fell apart, I could go back to doing things I don’t love for money. And I always remember that, even now. 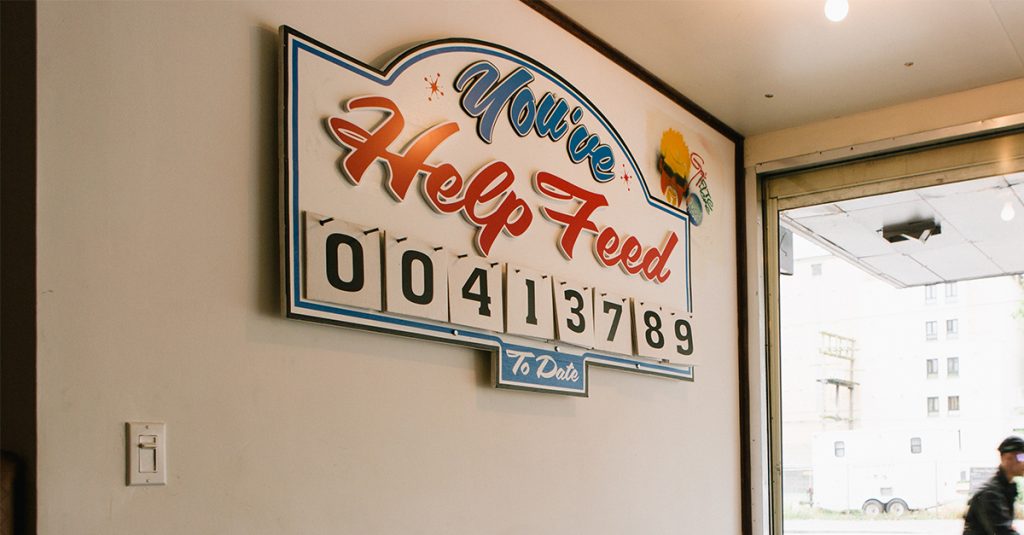 Why he offers free meals

“Basically, it’s about taking responsibility through action. It’s not about just my responsibility to the neighbourhood and the planet, but my responsibility as a captain of industry to try to demonstrate by leading. I’m going to try to show how and why we can all do this. Not tell you but show you, and put all my skin in it, and be as verbose about my failures as my successes.”

“I speak to conferences and associations a few times a month, and I tell them the whole point of this operation is to make money. And a hush comes over the audience. They say, ‘Whoa.’ And that’s the hook. Then I say, ‘Look, if we can prove that this diner can have massive social and community impact, and be financially viable, then we’ve managed to prove out the model.'”

Advice on your marketing spend

“The amount of media that we gain off the kind of programs we do is monstrous. If someone told me they had $55,000 a year to spend on marketing, I’d say to put that into a program where you engage in helping people in the community. Actually helping, not just corporate social responsibility crap. Because if you do that, you’re going to get covered by the media, and what that looks like is big. You’re going to get more coverage and more genuine coverage than by doing anything else.” 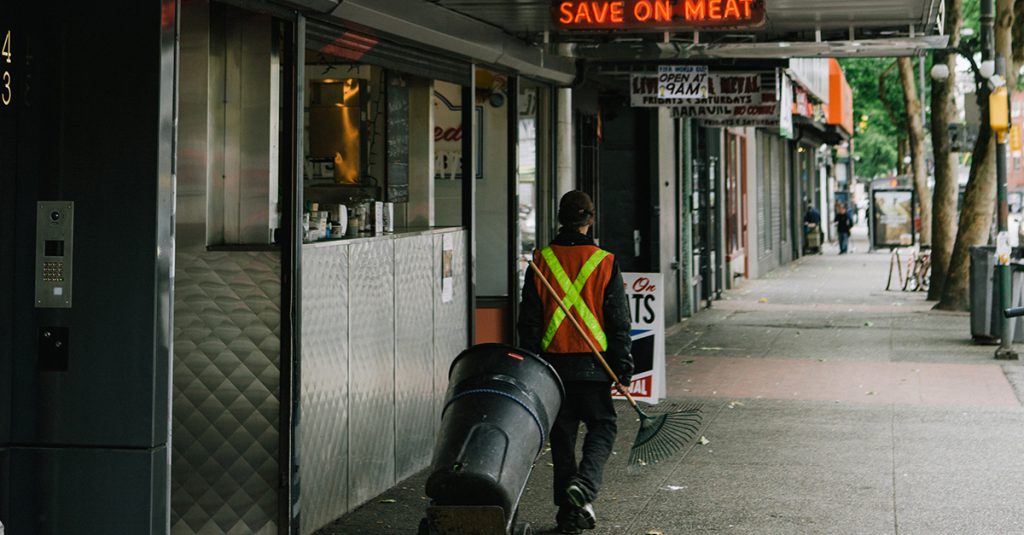 “Controversy comes with the territory. But I think anonymity is chicken-shit. So if anyone who has an issue wants to talk about it, I’m available. I say, ‘I’m sorry you feel that way. Let’s have a coffee.’ The number of times someone has taken me up on it is almost never. But you have to be ready to do that. And I can say that no one I’ve had a coffee with is mad at me by the end.

On the dream of owning a restaurant

People tell me they want to open a restaurant. And I say, ‘Why do you want to. Be honest?’ And they say, “Well, I think it’s really romantic,’ or ‘My friends love food,’ or ‘It would be fun to open one. And I love to drink wine.” And I say, “If those are your reasons, don’t do it. You’ll divorce your wife, you’ll never see your friends. And you’ll never drink wine again.”