Is it the retro cool of those 80s lapels? The costume party appeal of velvet purple shirts with flared jeans? Or is that a lot of dads were actually stylish, and we just had no idea till now? Four people talk about the good, the bad and the ugly, courtesy of their dads. What follows are excerpts from our conversations.

“I had no idea my dad was stylish. I just thought he wore suits because he was a lawyer. Now I realize he was actually super cool. I mean, he wore a three-piece. With a tie clip. And look at his hair—it’s amazing.

“I do remember loving the fact that my dad had lots of ties. My brother and I would use them as streamers or toys.” 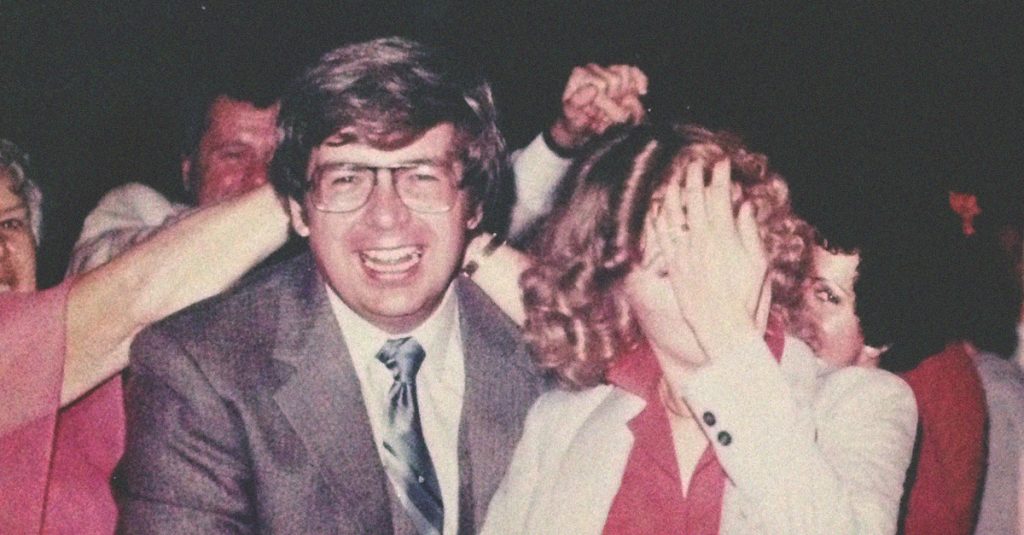 “When you’re young, parents are just parents. At some point, it’s like, ‘Oh, you guys are people.’ Looking at albums of my parents in the 70s and 80s, I see them laughing a lot. They had lots of friends. They were having adventures. They lived it up. My dad may have been serious when he caught me sneaking out, but to his friends, he was that guy.”

“When you’re young, parents are just parents. At some point, it’s like, ‘Oh. You guys are people.’”

On bantering, brothers and buddies

“Whatever you say, my dad will say the opposite. He’s a lawyer through and through. You know you’re never going to win, not even because he’s right, but because his vocabulary is about 300 times what yours is. And sure he’s crazy smart, but it’s actually just his way of bantering. Of being hilarious. He just likes people: he hugs everyone, and everyone is ‘Buddy.’ My brother’s friends will even go over when my brother’s not there to say, ‘Hi’ and debate with my dad.” 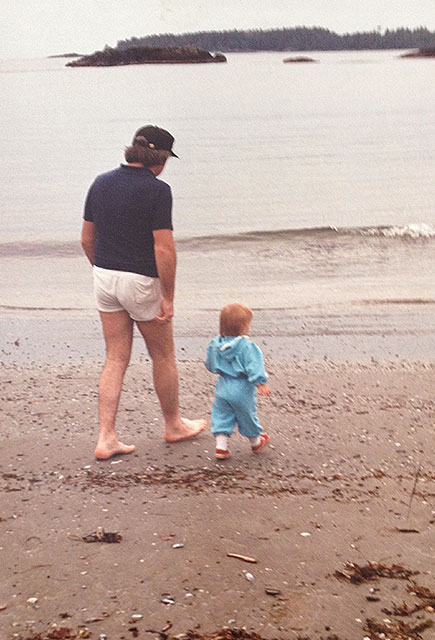 “There’s photo of me at age 2, when they’d taken us to Long Beach. And you can tell from looking at it that my dad is protecting me and showing me the world at the same time. He’s making sure I don’t get in danger, but not holding me back. It’s the photo of my dad’s and my relationship.”

“He wanted us to like learning things. It wasn’t like, “Sit down, and do your homework.’ It was about being informed, thinking critically about things. He wants to hear what you’re thinking. And he was always teaching us stuff. Like, every week, we had a word we had to learn. It was always a big word. One week, my dad put some water in a cup from a tea set I had, and said, ‘By the end of the week, this water will be gone.’ The word was evaporated. And I understood it. And even now, that’s what I think of when I think of that word.”

“When my dad came home from work, he’d say, ‘Hang on, don’t hug me. I’m going to get changed first.’ He’d then come out in his home clothes, and hug us, and play with us.

“He was meticulous about his suits. In his closet, they were arranged by color. And he’d sit down once a week, and polish his shoes. I didn’t know he was fashionable. But that’s when I learned what it takes to be a man: you have to take care of your things.” 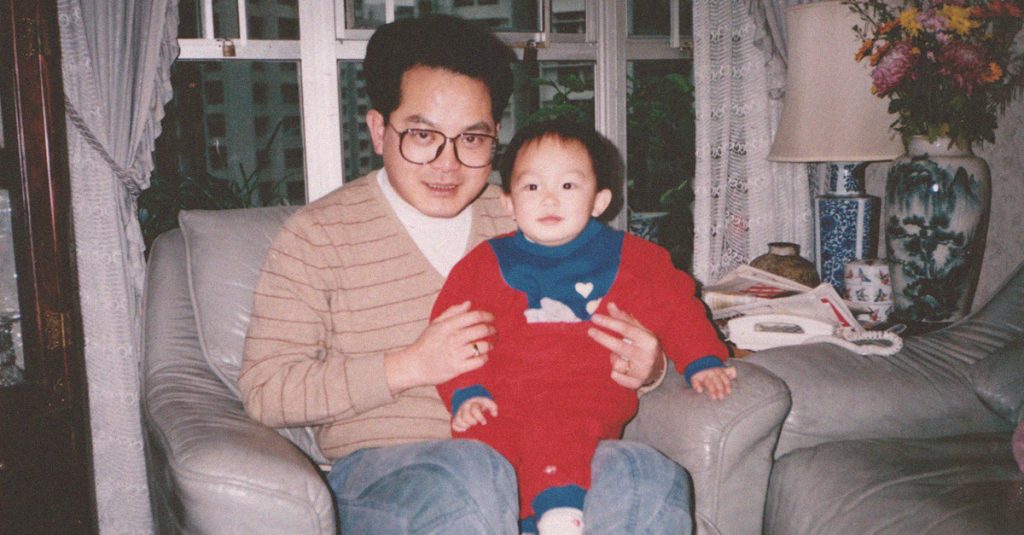 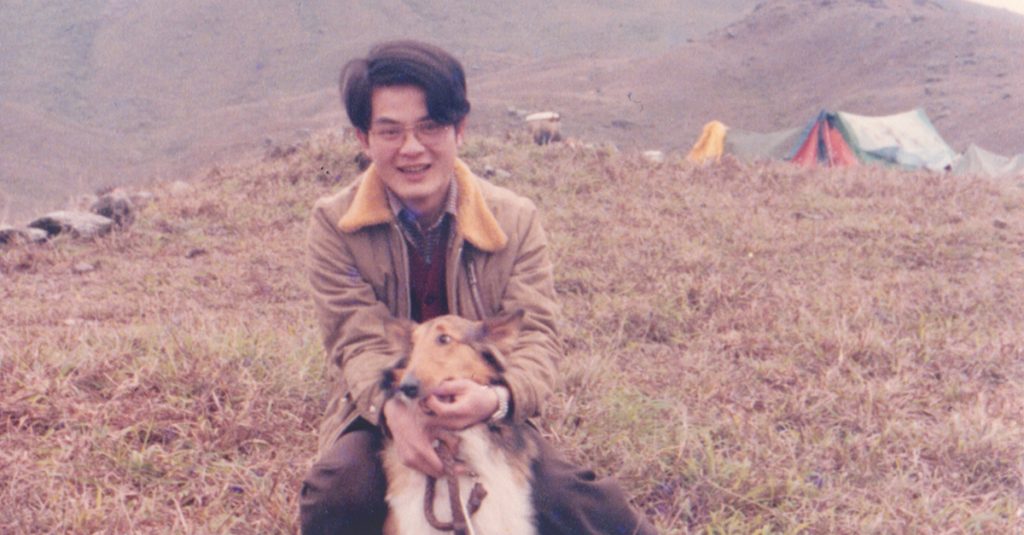 “When we moved to Canada, we were pretty much the first Chinese family to move into the suburb we lived in. And the first I ever heard of to go on a road trip. We drove from Vancouver to Toronto, which at the time, we thought was the boringest trip ever. Asian people do not go on long road trips. But he was like, ‘We’re in Canada now, we need to embrace this culture, so let’s do it.” We went camping, and went on road trips. And even though he didn’t speak much English back then, he wanted us to get out there. He had a sense of adventure. I mean, he gave up everything to move here so we could get a good education.”

“When I was moving to Toronto, he took me to the airport. I remember as I was leaving, he told me I was grown up, and that I could take care of myself. And then he gave me a hug. Asian parents don’t hug big kids, only little kids. It made me feel like I wanted to work my ass off, and make something of myself.”

“He taught me how to be a man. Not just a gentleman. But independent and self-sufficient.”

On men vs. gentlemen

“He taught me how to be a man. Not just a gentleman. But to be independent and self-sufficient. Back when I was young, he’d tell us it was important to be able to talk to people. So he’d say, ‘Lawrence, could you go to the store, and buy something for me?’ And he’d tell me what I needed to know to do it. He was that kind of role model. He wasn’t protective or trying to do everything for me. And he supported us in what we wanted to do. When other kids had to go to piano lessons, we were playing the drums. He’d say, ‘Do what you want. Just make sure you work hard at it, and do it well.’”

“When I was young, my dad worked for Le Coq Sportif in Asia. So I mostly remember him wearing polo shirts and cargo pants. But recently, my brother was going through my mom’s photos so he could digitize them, and he found this picture of them on their honeymoon, ‘Check this out,’ he said, ‘It’s crazy!’ My mom made her own outfit, except the sweater. And I love her style. But I take after my dad’s style more. And looking at him in this photo, I’m really reminded why I have an interest in fashion.” 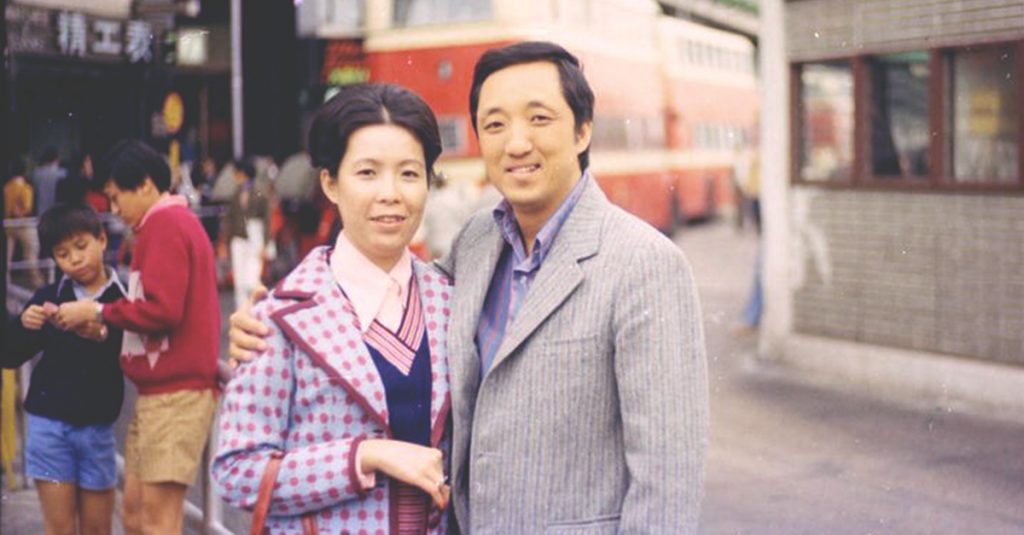 “My mom was really gorgeous when she was young. And he’d always tell us she was the one chasing after him. We’d be like, ‘Stop it!’ and laughing. And of course he wouldn’t, and we’d all laugh more.”

“…the main thing he taught me was really treating people with respect, no matter who they are.”

“I am who I am today because of my dad. I think the main thing he taught me was really treating people with respect, no matter who they are. I remember this one time when I was little, and I was in the middle of practicing the piano, and my sister’s friend called. And I was rude to her on the phone—I think I was upset she’d interrupted me or something. And when I hung up, my dad gave me crap. He made me march back to the phone, and call her back and apologize. And that was a real anchor for me about respect. I never forgot that moment, and now, I always think about it. And I’m always pushing my step son to be respectful, because I know how much it matters.”

“I didn’t know my dad was stylish until I was looking through photos a few years ago, and found some of him in the 70s, wearing a purple shirt and flared pants. He’s a manly man, and mostly wears sports clothes now. So I just couldn’t picture him wearing that stuff. But in the 80s and 90s too, he had all of these cool outfits. And a lot of suits.” 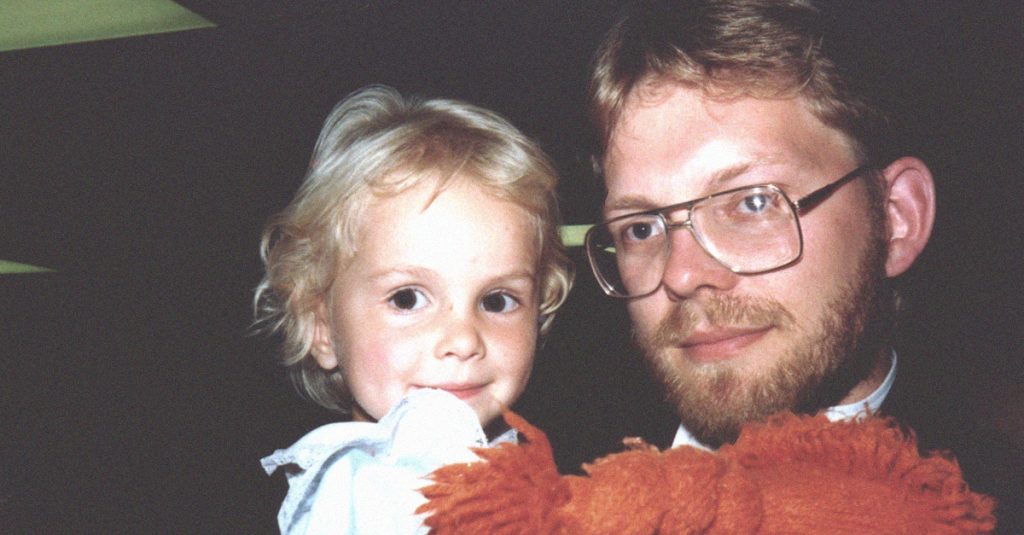 “He’s ridiculously organized. In his closet, there are suits, shirts and ties, all in their own sections. And I’m the same way now. You don’t realize this stuff when you’re young.”

“My dad can be serious, but he’s very caring at the same time. You know those he cares about because he’ll do anything for them, and I got that from him. Those I’m loyal to I’m a very good friend to. For him, it can be something little like he’ll always pick me up at the airport. But it means a lot. And I know not all parents do it.’ 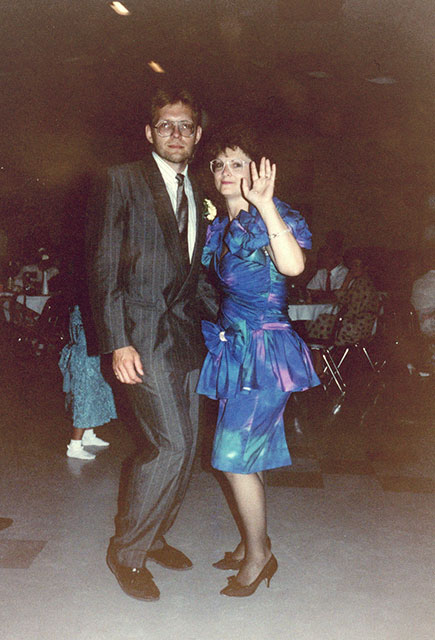 “He’s an engineer, and really good at his job. And at home, he can fix anything. Someone we know just had her dad pass away, and my dad will go by and just mow the lawn or install a new garage door. He doesn’t even tell you sometimes, he just does it. And he doesn’t need you to say thank you. And I get it. You just want to do something for the people you care about.”

“He’s a really good listener. And he’ll always make time. If I just want to talk, he’ll listen. But if I have a question, he’ll give advice. He’s got a good head on his shoulders, so he’s great with life advice. And he doesn’t judge. If I don’t follow his advice, and down the road I realize he was right, I tell him and he’ll just kind of chuckle or make a joke of it.”

Happy Birthday Indochino: A Look Back On Our First Fifteen Years