One thing you can say about Jay DeMerit that’s held true throughout his decade-long professional soccer career (and beyond): the guy doesn’t back down. Whether he was defending against world-class players like Wayne Rooney and Cristiano Ronaldo, or dealing with less tangible opponents like fear or injury, the 35-year-old American expat built his reputation on equal parts skill and tireless persistence. Post-college, after failing to be drafted by any major American teams, DeMerit made the ballsy choice to head to England. As a 23-year-old with no professional experience, he spent two years barely scraping by, sleeping in a friend’s attic, playing with lower division leagues, and earning a paltry 40 pounds per week.

Eventually, his now legendary ability to persevere yielded truly amazing results: in 2006 (at age 25), he was one of only 8 Americans awarded a professional contract in English soccer. He became an instant hero after scoring the first goal in a game that saw his team, Watford, promoted to the Premier League. He became Watford’s first American captain, and later went on to be one of a handful of players to play every minute of the 2010 FIFA World Cup.

In fact, his rise through the ranks of professional soccer was so meteoric, it was later chronicled in a documentary titled “Rise and Shine: The Jay DeMerit Story”. Most recently, he helped build the fledgling Vancouver Whitecaps into a team to be seriously reckoned with. Even now, after his official retirement from the game, DeMerit isn’t slowing down, serving as an ambassador for his former team, developing a soccer camp for underprivileged youth with his wife, Olympic gold medalist Ashleigh McIvor, and launching Portmanteau Stereo, a business that makes stereos out of repurposed components (on top of his other talents, he also has a degree in industrial design). Despite his busy schedule, we scored a chance to kick back with Jay to talk sport, highlights, and how to keep going–even when you think you can’t.

On being an American in a British game

“Being a young, unknown American on English soil, trying to play soccer, there were a lot of questions. That was one of the first things people would ask: ‘You’re 23 years old, you’re American, and you’ve never played professional football. What are you doing in England trying to play? If you can’t make it in America, what makes you think you can make it here?’ I knew I was going to have to do it the hard way. But, the way I saw it, I had an opportunity to live in England. I had a roof over my head—in an attic, so it wasn’t fantastic living—in a place where soccer was the culture. I figured that, if I had to do it the hard way, I might as well do it in a place where the light at the the end of the tunnel is so much brighter.”

On the match that took him to the Premier League

“That was a culmination of all the hard work and the journey coming to fruition. My parents, who hadn’t seen me play too much in my first year, all my family, all my friends, and my coaches from the 9th and 12th division teams, they were all there. And, in big situations like that, through my whole career, I don’t look at it like, ‘Oh my God, everyone’s here, and I’m nervous.’ It’s more like, ‘I’ve put in all this work. Now’s the time to get out there and enjoy it.’ This is what we live for. We work our asses off every day to get opportunities like this. In those big situations, where some people talk about going into their shell, or letting the occasion overwhelm them… I tend to get excited. I’m more like, ‘Look what I get to do!’ Why would I be nervous? I’ve prepared my whole life for these kinds of moments.”

On sliding under the radar

“Suddenly, Watford was in the Premier League, and I became one of only 8 Americans playing at that level. And every other American had been playing for the national team for many years, or had made a big, superstar move from America to Europe. All of a sudden, I was this American who had completely slid under the radar, and was now one of the only ones playing in the Premier League. “Nobody had ever heard of me. It was this whirlwind, where suddenly I’m rubbing shoulders with guys that I’d watched on TV two years before. It was a bit of a shock in the beginning—standing next to Ronaldo, for instance. My first Premiership game was against Manchester United, and I’m standing next to him in the tunnel, looking over, going: ‘Wow, he is really good-looking.’ A year, even two years before, I was in the pub, watching these guys on TV with my buddies after a Sunday game, and all of a sudden, you find yourself standing next to them. It’s a strange feeling. It just makes you smile inside. ‘What am I doing? I can’t believe I’m here! This is amazing.’”

On not being intimidated

“I’ve always been the underdog, the guy who has to go out there and prove himself. And that’s one of those things I’ve always done, put myself in situations other people maybe might not. I’m comfortable in those situations. I relish them. If I’m standing next to Wayne Rooney, I know he has a big reputation, but it’s my job to test it.

That’s what I tell the young guys when they go in for their first game, or go up against a forward who has a big reputation. I always tell them: ‘Don’t be scared of their reputation. Make sure you test it.’ Good players will beat you. Of course they will. Thierry Henry, he roasted me for a goal once—I’ve never been roasted that bad in my life. But he beat me. But it wasn’t like I gave him that. That’s always been my mentality going up against these big players. I can compete with the best. I wouldn’t be here otherwise. So I’m going to test his resolve. I’m going to test his reputation. And sometimes, you find out that you’re better than you think you are.” 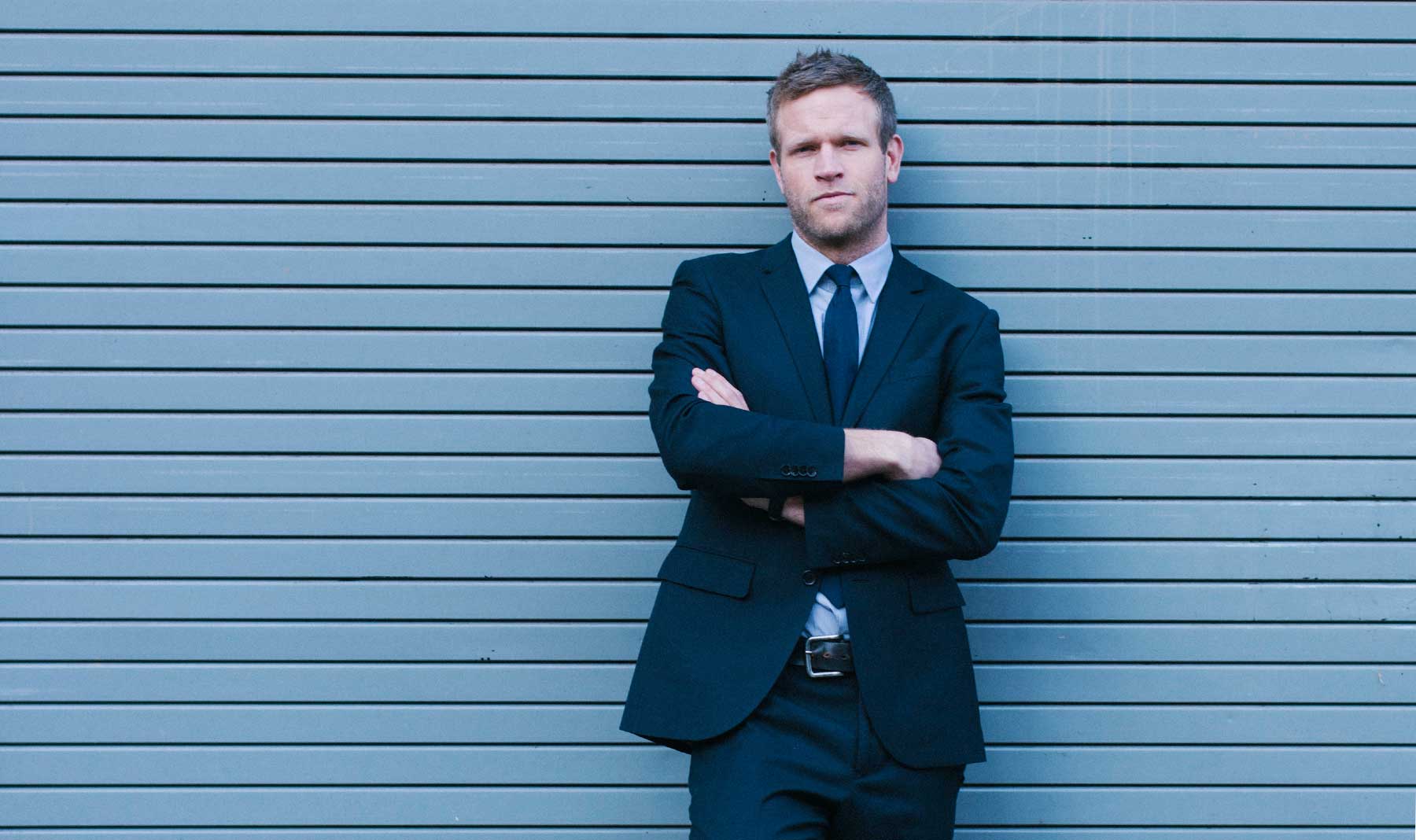 On building a team

“When you’re the first signing of an expansion franchise, you know what you’re in for. I knew that first season with the Whitecaps wasn’t going to be easy—we went through three head coaches in one season. We had one of the youngest teams in the league, and we didn’t win one away game in the entire first season. And I was the guy who had to talk to the media every day. I was the guy who had to corral these young players and make them believe that they were better than they thought, because a lot of them are. And over the past couple of seasons, those young guys, especially some of the young Canadians, have really become fantastic players. “In our second year, we got a coach who had vision, and players who understood that vision, and by the end of that season, we were the first Canadian team to ever make the playoffs. It’s rare in sports to get to start with a blank canvas like that. And if you can be a part of how that canvas is painted—what a great privilege.”

“In times of struggle, it’s important to understand that it’s just part of life. One of my favourite things to say is: ‘Know the difference between real failures and bumps in the road.’ A lot of times, people will put the ‘struggle’ tag on things that everyone has to go through to achieve success. Most people will go through some adversity, and they often think that’s a big deal. For me, it’s something I’ve always just accepted. Instead of letting those things kick you backward, you take the hit and keep going. It’s not about whether or not you succeed. You take it on the chin, and you learn from it.”