Dressing “right” can be tough. The rules of fashion are fickle and it can be difficult to know just what’s acceptable nowadays. Should you always match your belt with your shoes? Is pairing black with blue or brown really in poor taste? And does anyone truly follow the “no white after Labor Day” rule? If you’ve ever chaffed under these restrictions, you’re not alone. Here are four traditional rules of dress that you can safely break and still look perfectly presentable.

In the late 19th century, more and more people were enjoying financial prosperity, which made it difficult to tell who came from old money and who was nouveau riche. In order to distinguish between the two, those from the supposedly higher class of inherited wealth decided that white clothing would not be worn after the summer months. Labor Day had recently become a federal holiday so society regarded it as the appropriate and official endpoint for the summer season.

As an arbitrary decision based on class snobbery, this is one rule made to be broken. This fall be daring and don a light gray basketweave blazer or white sneakers with your suit for a fresh, contemporary look.

Most everyone knows this rule never applies when the blue is denim but, as with the “no white after Labor Day” principle, this is a longstanding rule that can also be ignored outright. The idea that these colors run so closely in tone that they don’t go together is kind of absurd—dark colors can complement other dark colors as long as they match in texture and shade. Plus, tone on tone dressing is a rising trend, so don’t be afraid to wear, for example, a navy shirt with charcoal pants.

Rule #3: Match Your Belt With Your Shoes

For formal occasions, matching your belt with your shoes creates a sharp, sophisticated appearance, but it’s not a style that works for every situation. In a more relaxed setting, a brown suede belt with brown suede shoes risks appearing finicky or overly fastidious.

Don’t overthink your accessories. A brown belt and black shoes, or vice versa, are completely acceptable—just make sure they exhibit similar levels of wear and go with the rest of your outfit and you’ll look great.

Many will caution against it, but it’s become increasingly common to go sockless when wearing shoes. It’s especially great for a casual summer look, when a cool breeze feels good on the ankles. But keep in mind, if you’re attending a job interview or wedding reception, it’s best to keep your socks on. 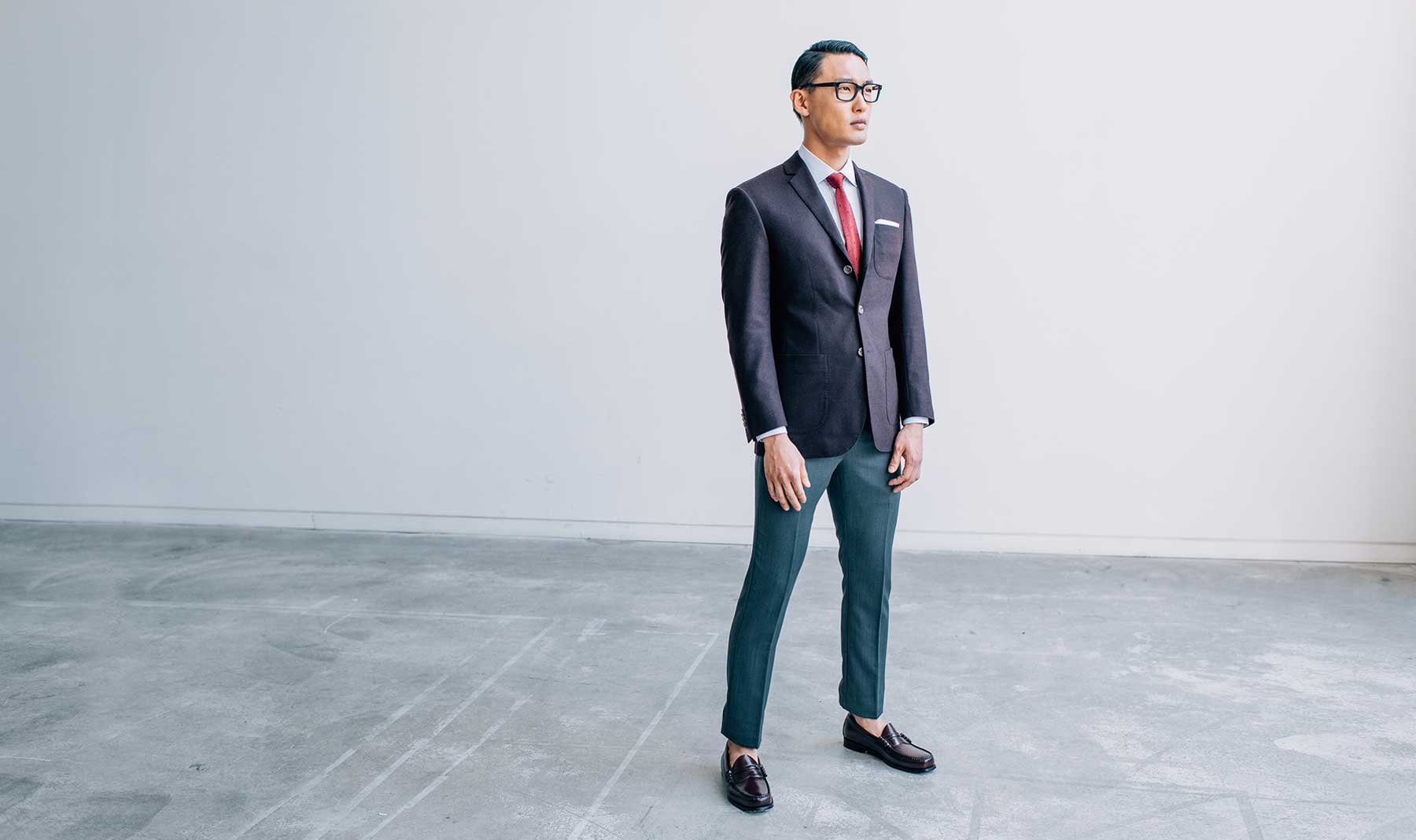 Admittedly, some of these rules still serve as good advice depending on the situation. But as time marches on, so does fashion, and what was once regarded as unstylish is now viewed as appealing and smart. So, forget those rigid, old-fashioned rules on dressing and embrace a new wardrobe—one that’s filled with mismatched accessories, tonally similar clothes, and the occasional bare ankle.

Feel like breaking a few rules? Wear something black and blue, or get a gray shirt to wear under a charcoal blazer.