It means “dinner in white.” That part’s not a mystery. What is a mystery is the sudden rise in its popularity in cities across the globe. In Vancouver alone, a place that’s not exactly into events (it’s even known by many locals as “no-fun city”) the event has tripled in size over the last three years. Most recently, the event sold out all 3,500 tickets within nine minutes of sales opening online, during which the 30,000 people on the waitlist crashed the site.

Jordan Kallman and Tyson Villeneuve, the two organizers who plan events for a living, talk about what draws people to the glorified pop-up picnic, how people express their individuality in a dress code and what they themselves are wearing.

“How to create those fleeting, happy moments that end up being the defining ones for that year.”

“It’s a rollercoaster. Planning events takes an intense amount of effort and attention to details. The addiction is to the cathartic moment when you look out and see people having the time of their lives.” 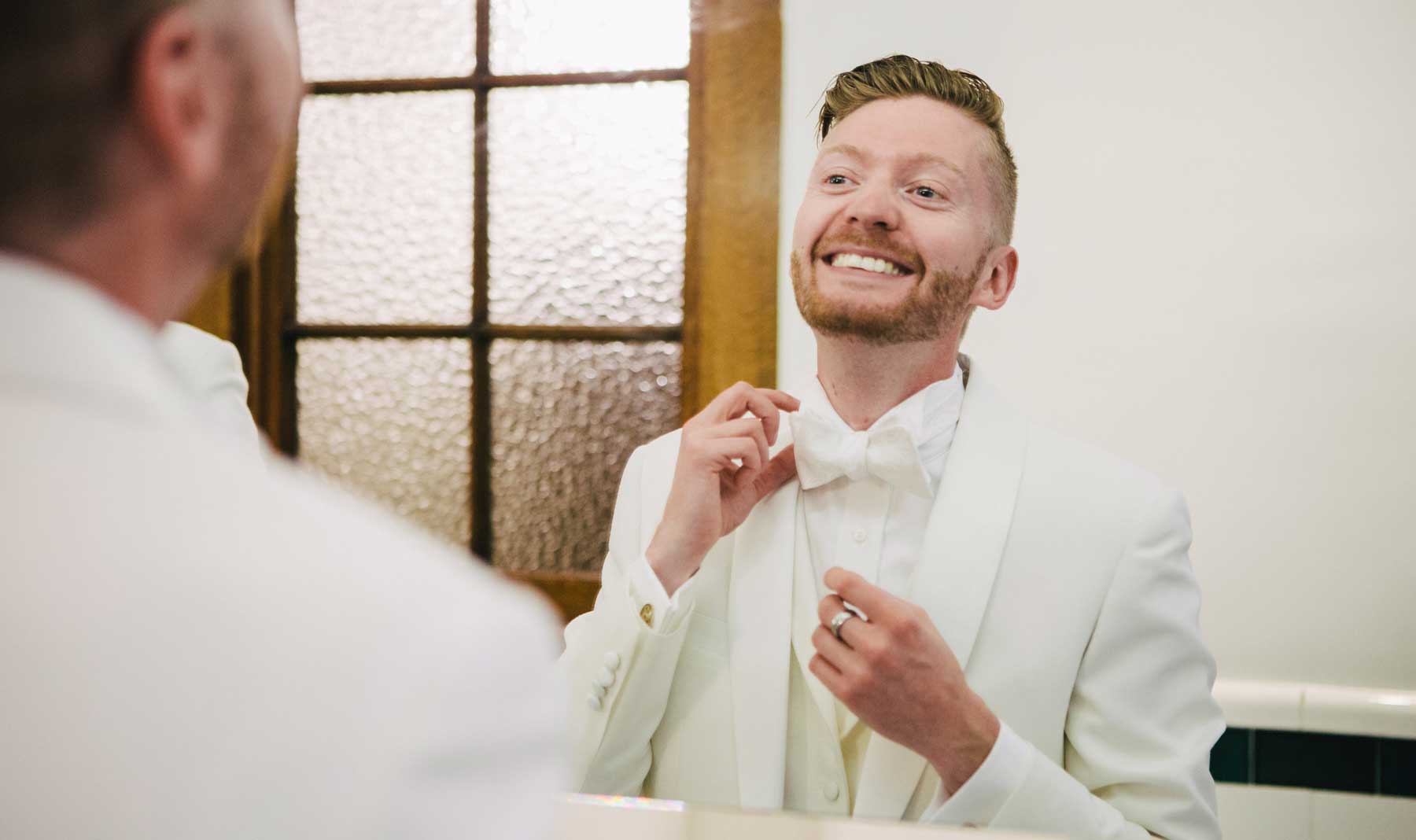 What someone would see if they caught a glimpse of you at work?

“I’m on the phone almost every minute from morning to night.”

How does Dîner en Blanc work?

“People find out the secret location at the last minute. Then go to an event which is basically a pop-up picnic made up of thousands of tables of two.

“Each person brings a list of things like a table for two and white table cloth, and then two white chairs, place settings, glasses, napkins. And of course food.”

“It’s about co-creation. You have to bring all these items, which means you’re part of making it. And there’s so much creativity. Like people bring wild table centres. Or spend time cooking food that they share with friends and people they’ve just met. It has a joie de vivre feeling.”

What’s your favourite part of what you’re wearing?

“I love three-piece suits. There’s something regal and sophisticated about them.”

What’s something only you will be wearing? 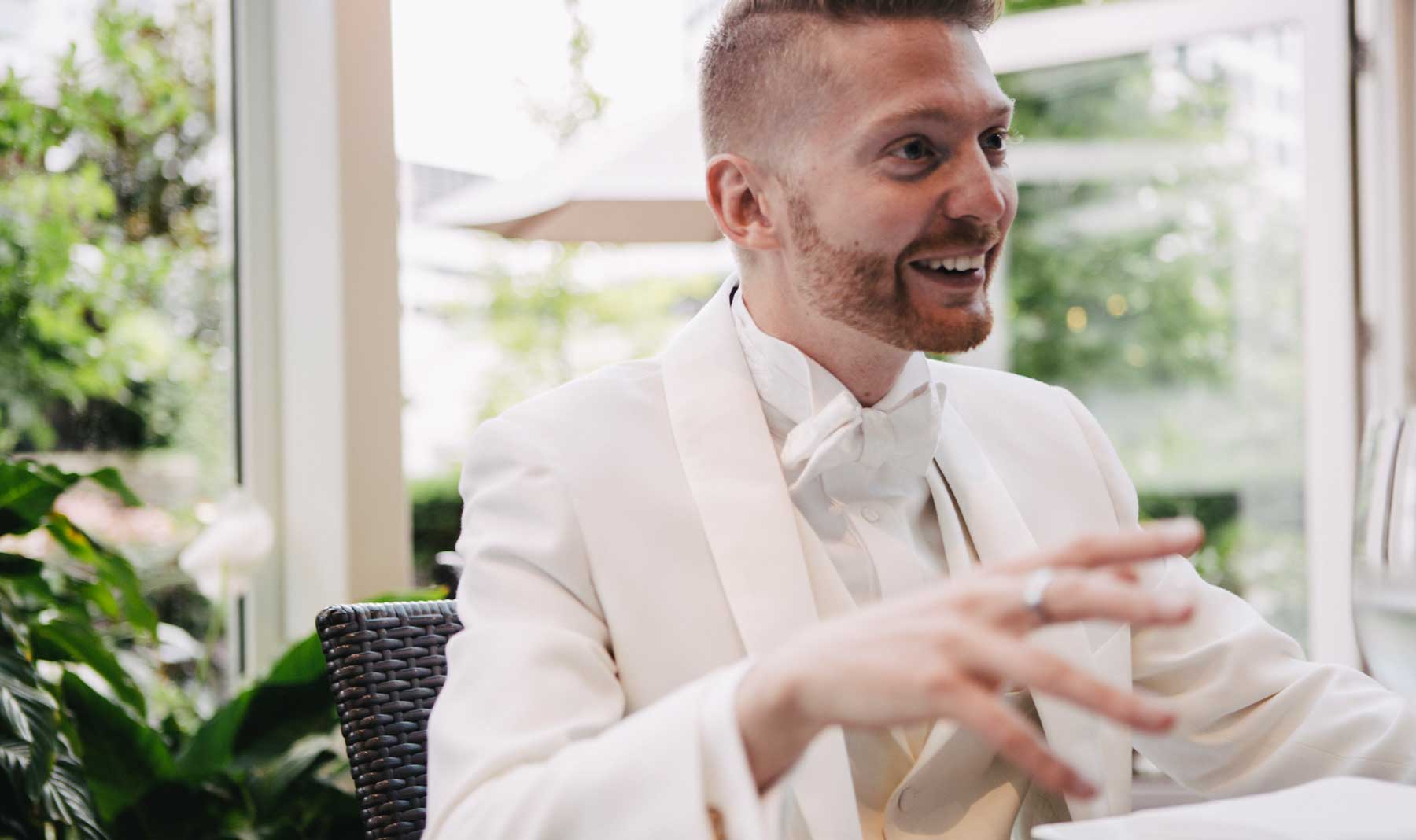 How did you learn to tie a bowtie

“A combination of my girlfriend and the internet. I’ve only tied one five times in my life.”

Why do you think people like getting dressed up?

“There’s a bit of curiosity and mystery about it. You’ve stepped outside of your comfort zone, into something you don’t usually wear, which makes you feel different.”

How’d you get the idea to hold Dîner en Blanc?

“I used to live in Paris, and first heard about the event there. Then, when it started expanding across the globe, and I saw some photos from one in Montreal, I wrote an essay in French about why we really wanted the rights to hold one.” 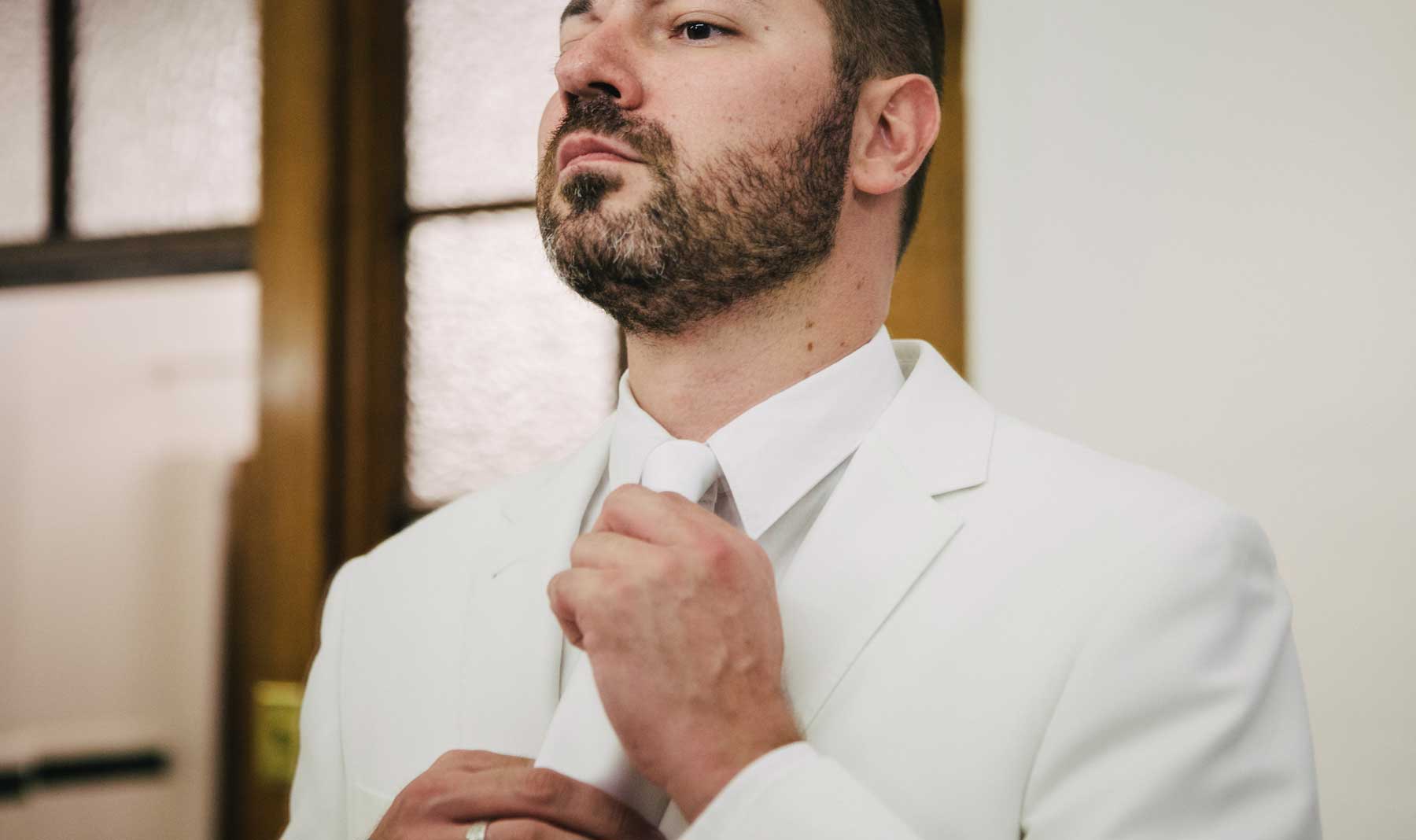 What’s the appeal for you?

“Are you kidding? It’s a sophisticated white party that you can dine at, and it’s French.”

What’s the appeal for most people?

“It’s an immersive environment. And with a bit of effort, people get great rewards.”

How do people make the dress code their own?

“Someone spent six months making a Marie Antoinette dress with the wig and the face paint. And there are so many of those moments, big and small. When there’s a dress code, you really see the diversity of what people think of. It lets individual personalities shine.”

What’s your favourite part of what you’re wearing?

“In an all-white event or any event with a tight dress code, it’s about accessories. I’m wearing cufflinks that mean something to me.”

How do you stay relaxed when you’re dressed up?

“I find if you feel physically comfortable in your suit, you feel relaxed, even if it’s not clothing you’d usually wear. 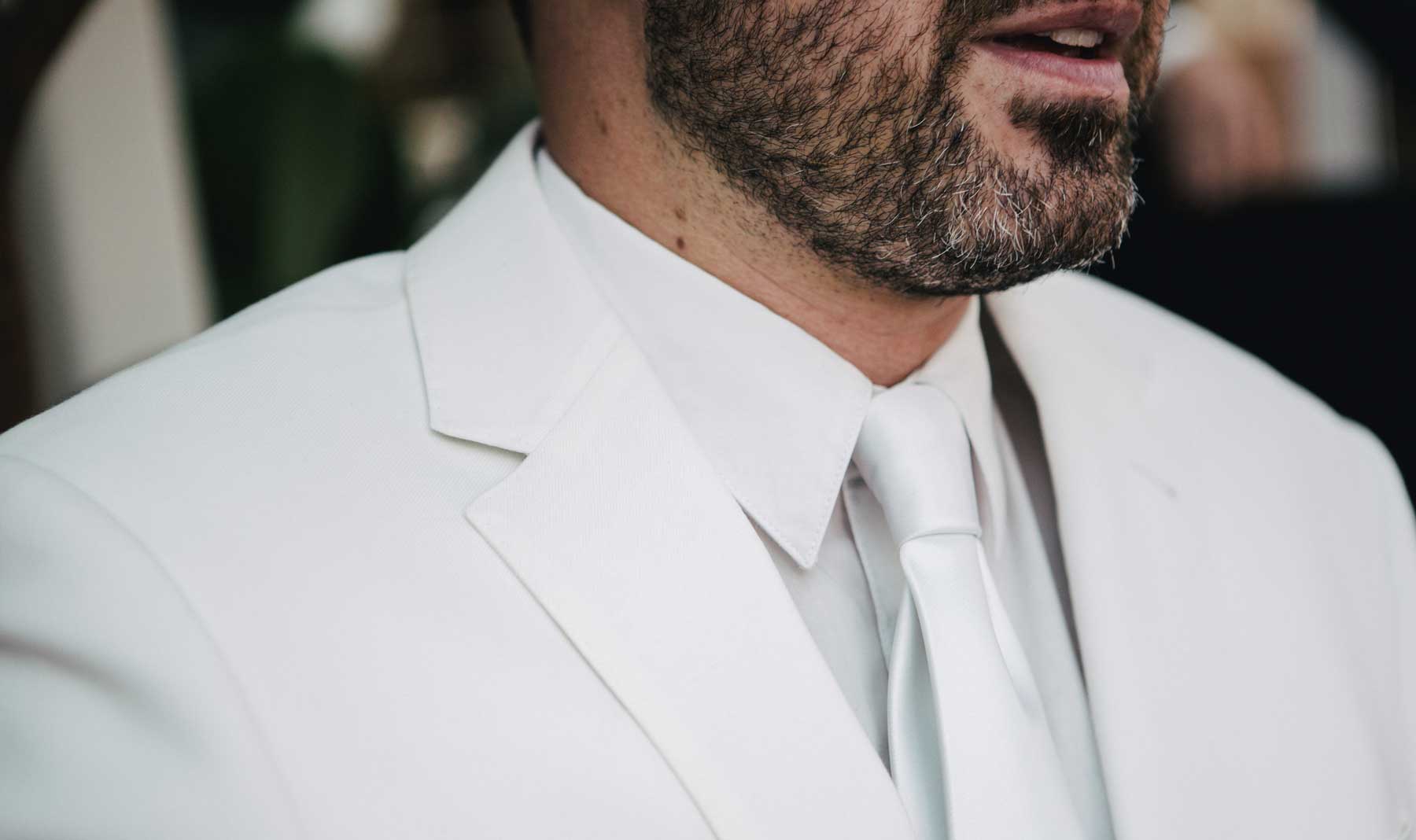 “It’s also about how you actually wear your jacket or vest—I like suits because you can dress them up or down without looking sloppy. As the night goes on, I’ll loosen my top button and tie.”

Jordan Kallman and Tyson Villeneuve are co-founders of The Social Concierge.
Tyson is wearing his own Indochino Essential White Suit.

Upcoming Dîner en Blancs near you
By city, in alphabetical order: