James Nord started a Tumblr six years ago, mostly to keep his family up to date when he moved away to New York. While most bloggers never get more than a few followers (their mom), or fizzle out, The Highlighted Life has steadily grown into one of the most followed personal photography blogs on Tumblr (that happens to cover life, travel and road racing). 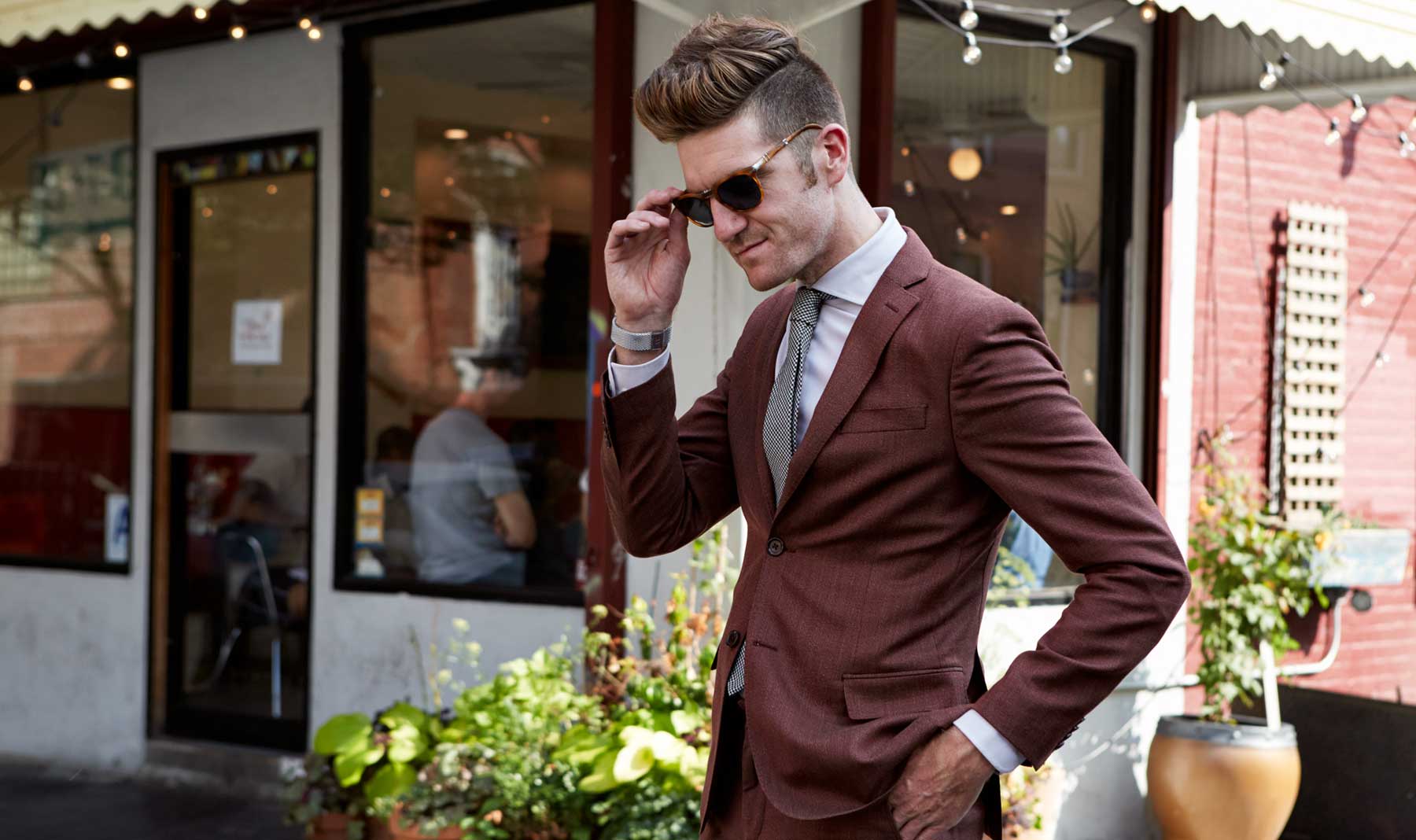 A few years ago, he co-founded Fohr Card to help brands connect with bloggers, kind of like a dating service, where you get matchmaking, advice about what to do and proof of how well its working. We talked to James Nord about where blogging is headed, why he wears a suit when no one around him does, and why it’s worth wearing red socks on Wall Street.

How’d you get your start blogging?

“A friend sent me some other kid’s Tumblr. This was maybe six and a half years ago. At the time, most people’s blogs didn’t look very nice, but I found two or three Tumblrs I liked, and that looked really cool. And I was like, ‘I could start one of those.’ I didn’t even own a camera at the time, just an iPhone. I’d post photos of what I was doing, mostly to show my family. And I just found a few months in, I was still into it.

“Over the years it just grew. My Tumblr is still pretty personal. It’s about my life. And luckily, my life has become a bit more interesting over the last six years.” 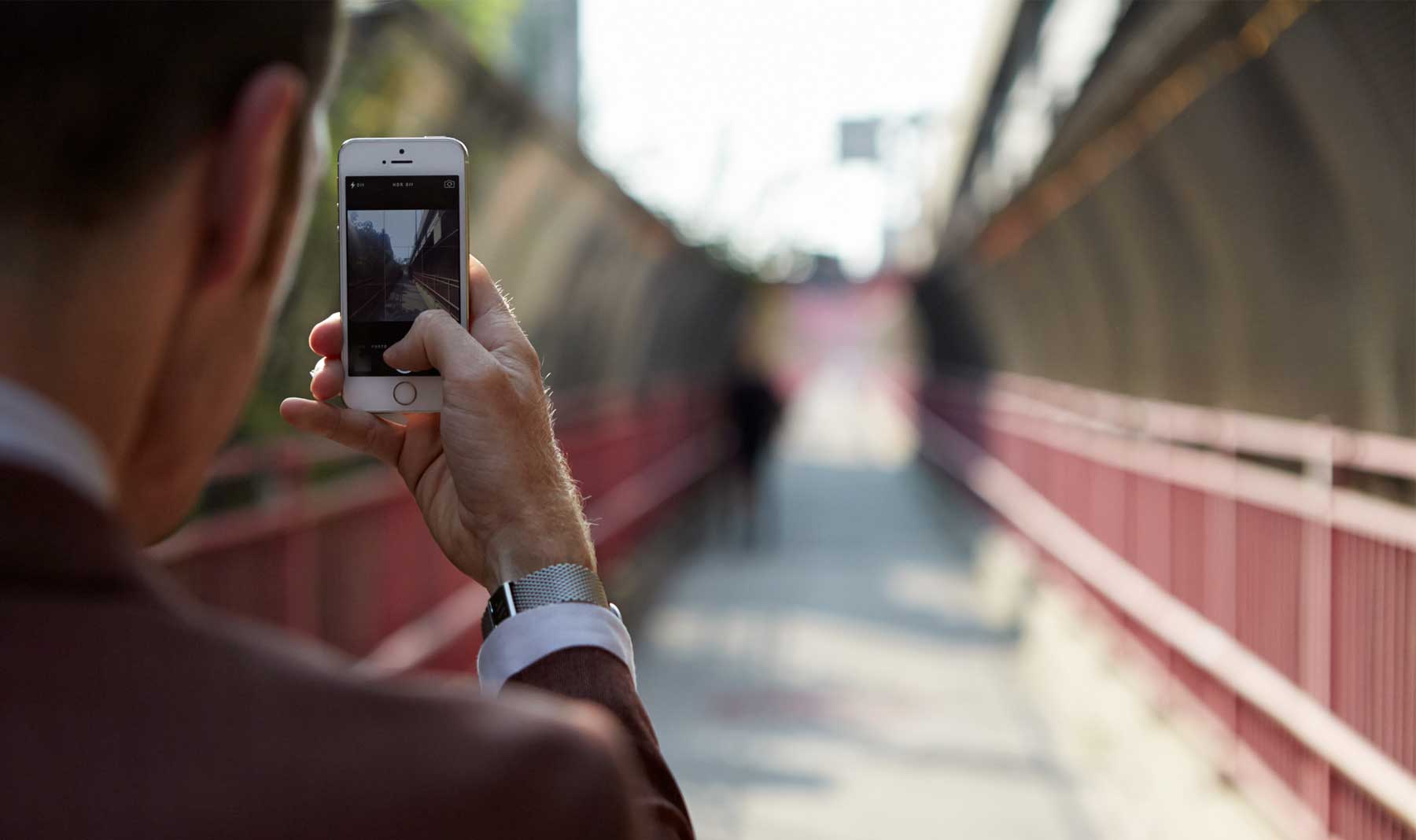 Why do you keep at it?

“I can look through the archives in my Tumblr, and it’s an intense diary of everything I’ve done for the last six years. I can kind of see myself grow up on it, which is nice. And that also makes me cringe a little.

“I find myself wishing my parents had Tumblrs when they were young.

“I just finished Keith Richard’s autobiography, and it was so full of energy and detail because he kept diaries his whole life. God knows he wouldn’t be able to remember what he did otherwise. I think of my Tumblr as my diary, something I hope to look back on in years and say, ‘See how cool I was, kids!'” 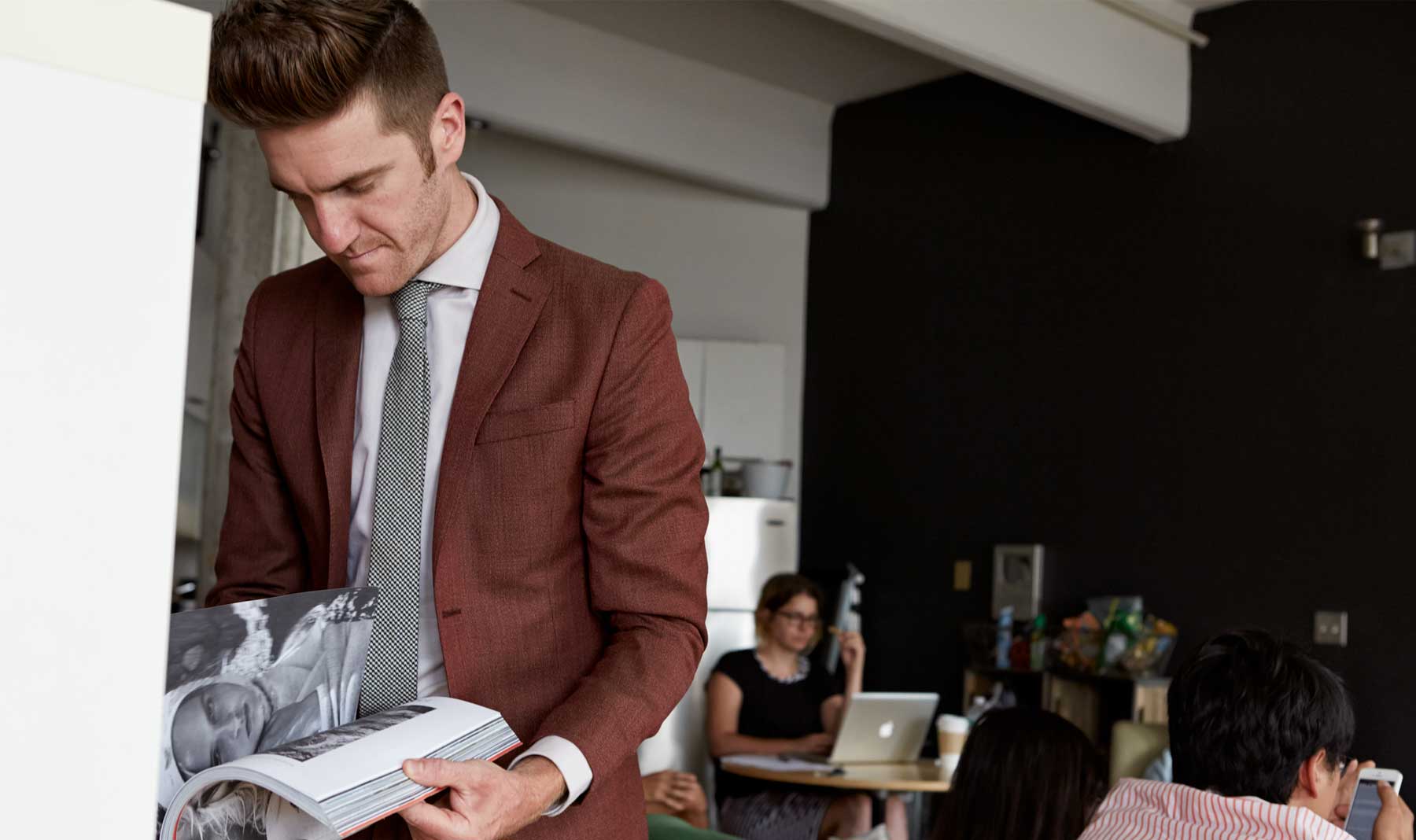 “In general, platforms like Instagram, YouTube and Vine are becoming more important as the blog URL itself is becoming less important. So in the end, bloggers actually have more reach, but more of it is happening outside their blogs.” 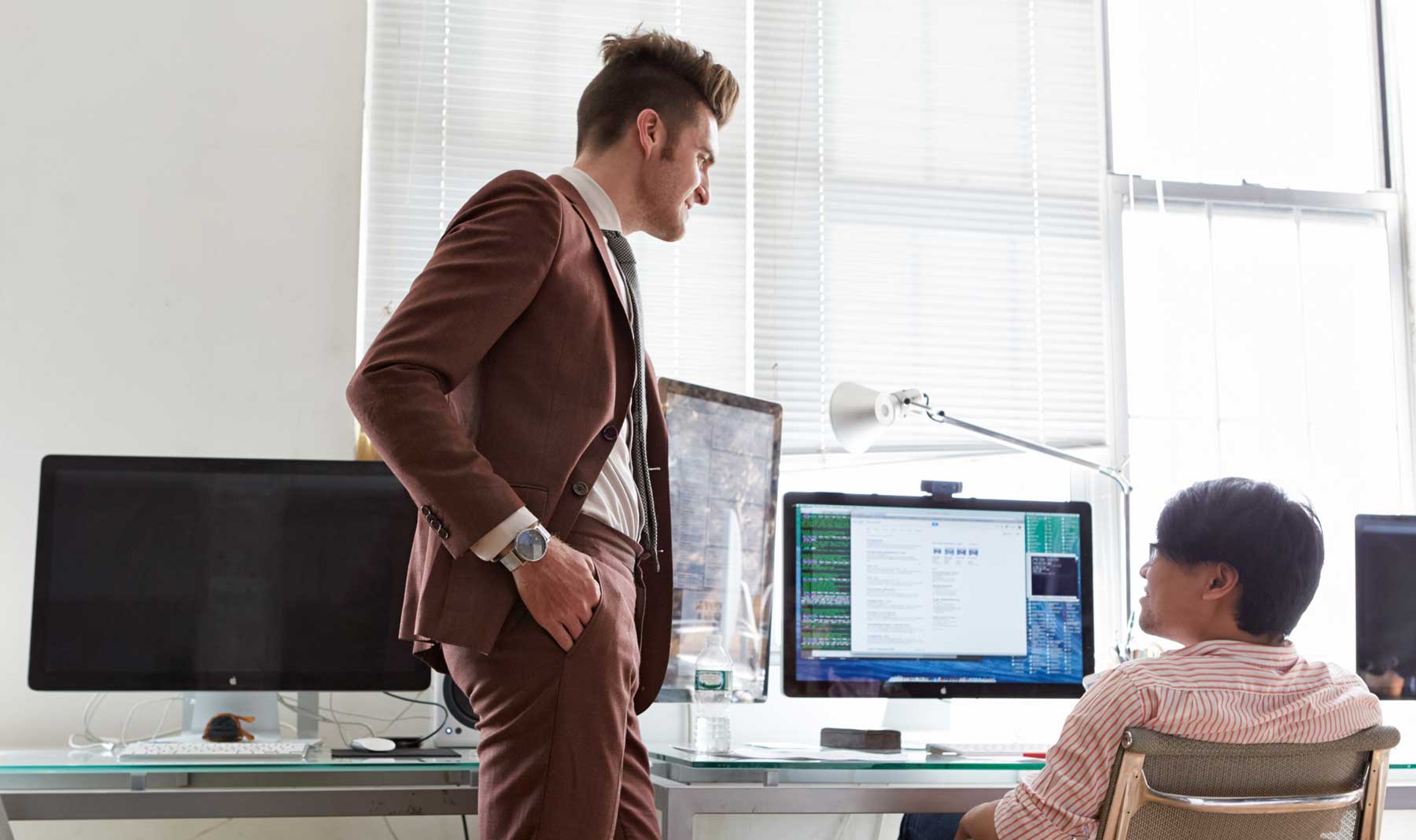 When did you start wearing a suit?

“Five or six years ago, I decided I’d wear a jacket and tie most days. Since then, I’d say 90% of my time has been spent in a suit and tie, except when it’s more than 95 degrees.”

Why do you wear a suit?

“Why wouldn’t you? Have you ever worn a really well fitting suit, and walked through the city and seen how fucking awesome you look?”

Why do you wear suits when people you work with don’t?

“There’s a Tom Browne quote, where he says that wearing suits is a punk or counter culture statement because no one does it anymore. When you see someone who is wearing a suit who doesn’t have to, and it’s a deliberate thing, it piques people’s interests. Basically, it’s an easy way to stand out. 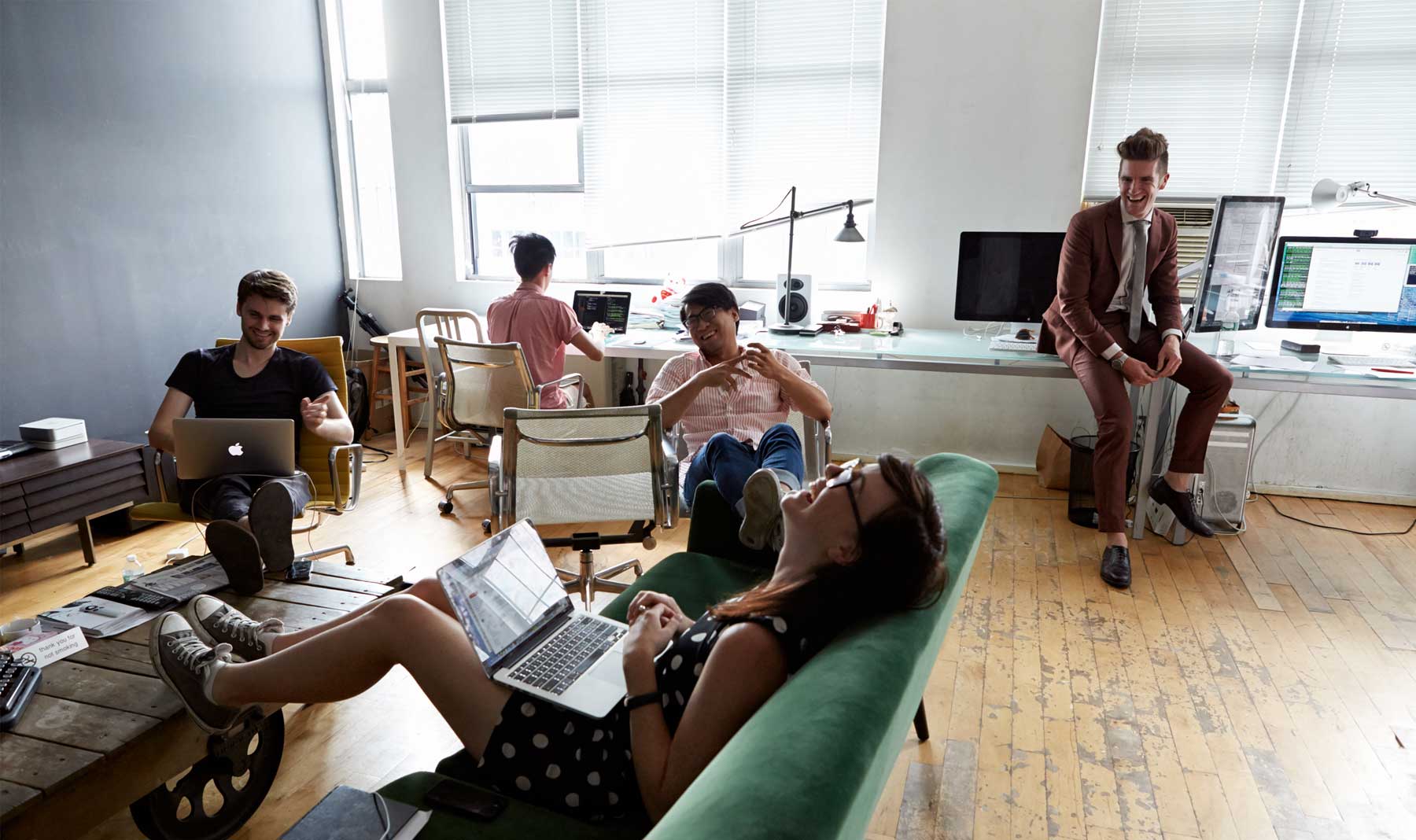 “Suits are now so ingrained in my personality and persona, that if I woke up and thought, ‘I never want to wear a suit again,’ people probably wouldn’t recognize me.

How do you choose what to wear every morning?

“I probably have 25 suits. You pick a suit. you pick a shirt and tie. That’s simple.”

Where do you get your ideas about what to wear?

“I’m still not a geek about suits or style. I don’t know much about it. People are like, ‘Is it this or that shoulder this season?’ I’m like, ‘I don’t know. I thought this looked cool, so I bought it.’

“Some menswear guys get really hung up on details like your tie should be tied this way right now. Whenever my style has evolved, it’s usually because I’ve seen some guy walking down the street and I think, ‘I want to dress like that.’ 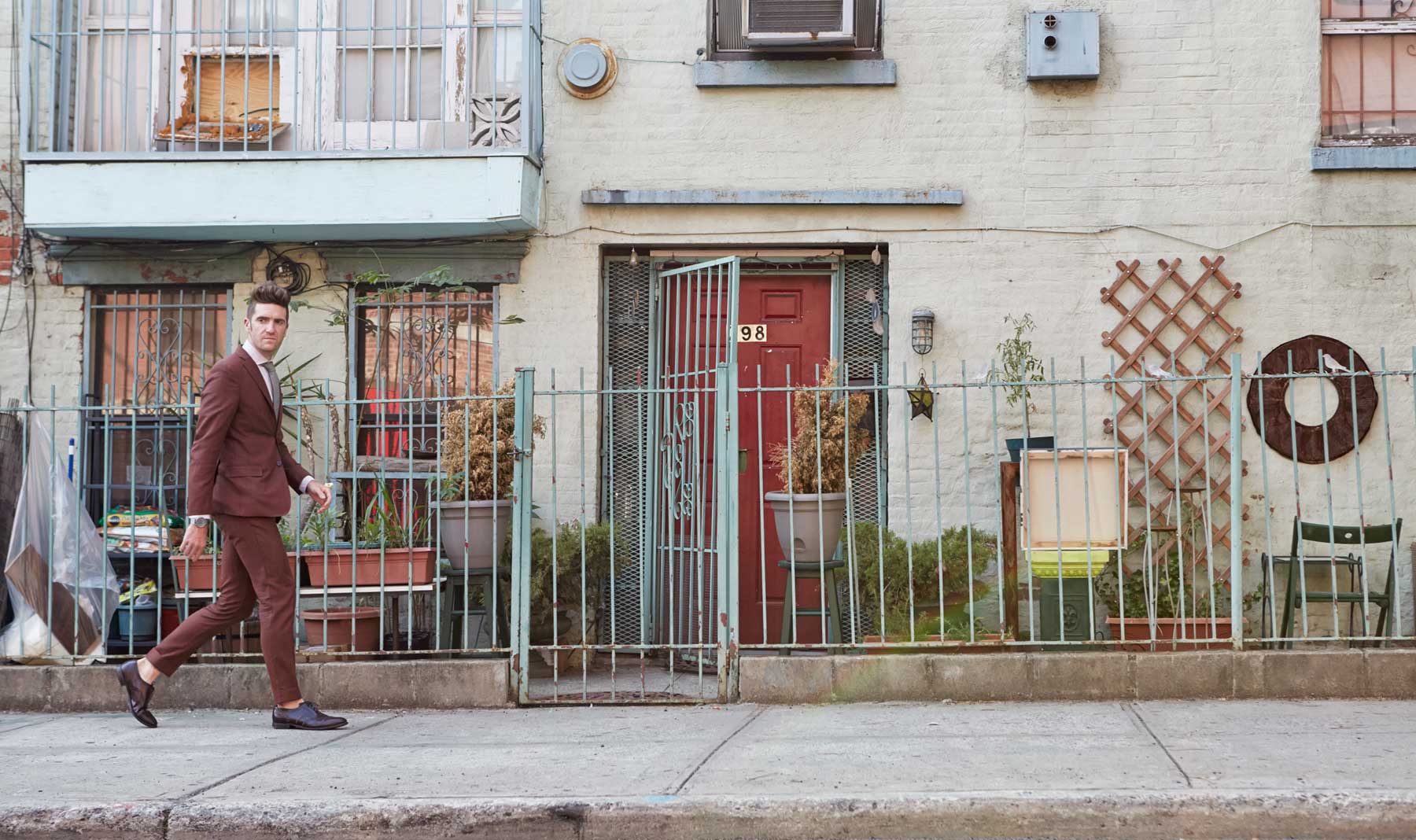 “My first job was on Wall Street, and I rode the 5 train downtown everyday. Most mornings, I rode with this really good looking guy, the kind of person you couldn’t help but notice. As we climbed the stairs to Wall Street, I’d notice he wore bright red socks everyday. It was such a simple, but effective display of individualism — a small red flag in the face of the stuffy world of finance. I learned a lot from those socks, and I like to think wherever he is, that guy is still wearing those red socks.”

James Nord’s Tumblr is The Highlighted Life. He’s the co-founder of Fohr Card.