Sean Kerklaan is a dad, inventor and serial startup CEO. He founded two, and now heads up a third. He talks about how risks are often the safest bet, how mistakes are efficient and how to sleep it out rather than freak out about what the anything-but-predictable startup day brings.  What follows are excerpts from our conversation. 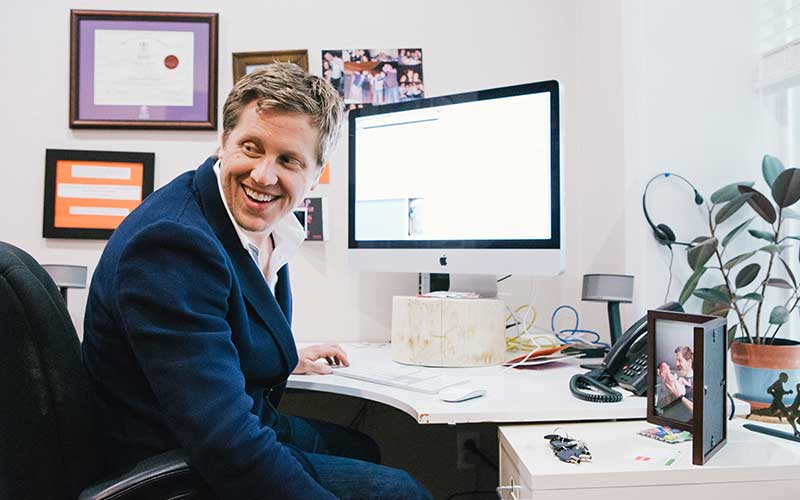 Why everyone has startup fever

“Everyone looks around and sees start-ups, even just on reality shows. And you think, ‘If that bozo can do it, I can do it.’ And basically, that’s true. I mean, why not get a laptop and come up with your own idea, rather than working for The Man?”

On comfort with the unpredictable

“I have to learn something new every day. I feed off of that. And when I get into a routine, I lose that.

“In a startup, one day, you have to figure out how to get a website up right away. Then the next, it’s like, ‘Now I need an ecommerce system, fast.’ Then, ‘Oh my god, I have some sales and need a fulfilment system.’ You can’t plan it. You can only do it when it comes up. And the whole thing is about finding a way to be comfortable with the unpredictable.”

On sleeping not freaking (out)

“You can’t freak out about the small stuff, and that’s been a huge lesson for me. Sales went to zero today? Ok, well what’s the average been for the last three months? If it consistently plummets for 90 days, yes, freak out. But don’t lose sleep over this one day. Everything might bomb next year. But it likely will continue to work, so you have to proceed on that basis.”

“I want to create something that isn’t just a checklist of requirements.”

How to get s#*t done

“Incentive really gets me going. My dad was a computer programmer, and my parents always provided food and books, but we had hand-me-down clothing because there were six of us kids, and not much else. I don’t know how old I was, maybe 10? But I remember I was standing in the kitchen, and told my sister I wanted a remote control car. And she said, ‘How are you going to get that?’ So I got on the phone, and called the neighbour, and said, ‘Can I walk your dog for a week?’ After that, I mowed neighbours’ lawns, delivered newspapers, whatever. I guess that taught me that if you want something, it’s not hard to find a way to get it. Everyone can do it.”

On his first startup

“My high school guidance counsellor told me the business development bank would lend teenagers $1500 to start their own company. So I started a landscaping company. I did that for eight years, and paid my way through university. I’d build it up to 300 customers then would sell off chunks of those customers. I don’t know how I figured that out—I think someone gave me that advice. “That job really taught me the importance of delivering on promises. I’d commit to something, then get really busy. Then there’d be some grown-up with a big house saying, ‘You told me you’d be here at four o’clock, and you weren’t, and I was.’ I knew I was working as hard as I could, but it made me realize that delivering on your promises is as important as work ethic”

The value of sleepless nights

“I have sleep apnea, which means I stop breathing when I’m sleeping on my back. For three years, I bought everything my doctor told me to buy, including an expensive breathing machine. Then my dentist told me this old wives’ tale that you could strap a ball to your back. I didn’t have a tennis ball, so I taped up some socks to the back of a tshirt. It solved my problem instantly. And that’s what gave me the idea for my first real startup.”

“I was working at American Express, and I won top salesman of the year, and got a bonus. And I decided to put that behind the idea of the tennis ball shirt. I started Rematee. My mom and sister sewed probably 20 different prototypes, and I went from there. The safer thing to do would have been to put it into an RRSP or an MBA. But looking back, I’m not sorry. I wouldn’t have spent the last eight years learning things.” 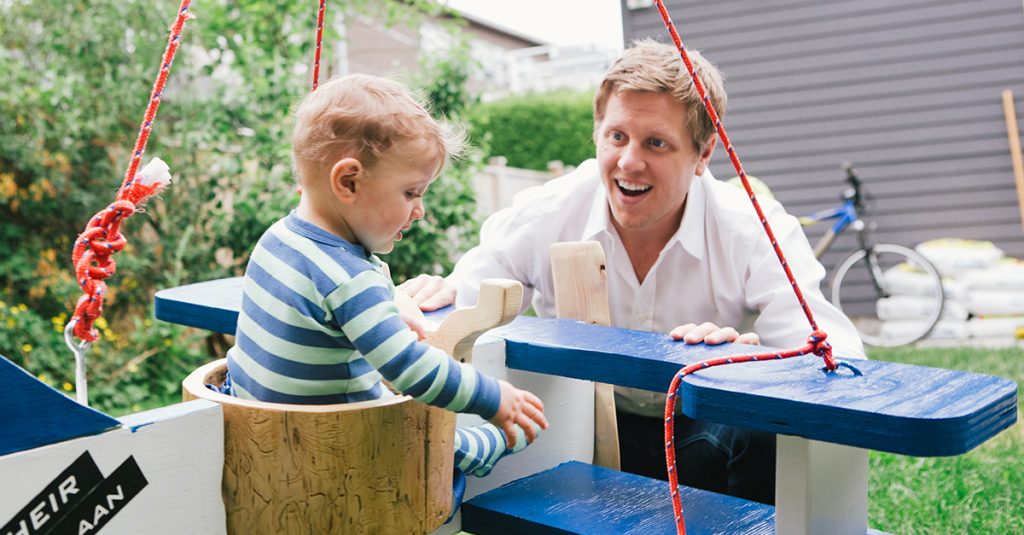 On the efficiency of making mistakes

“I’m really hard on myself when I make mistakes. But I like the idea of calculated errors. Like, I can sit here and try to plan out the perfect solution, but I have no idea of whether it’s actually going to work, so that could mean I lose all of that time I put in. Or I can get going right away, and make small mistakes and fix them as I go, and move ahead. It’s kind of like an agile software approach to work.”

“When I was starting out with Rematee and the snore shirt, I got onto Dragon’s Den, which is like Shark Tank in the US. I didn’t know how to prepare, so didn’t do a great job of it. And when I was on, they squashed my idea and laughed at it. But two good things happened from that mistake. I had to really swallow my pride, but I decided to listen to what they said. And even though I actually went broke for the next few years trying to take their feedback, the business then started to work. Also, just being on the show for four and a half minutes drove sales, and still does because of reruns.”

“All you can do is what’s in front of you, and you never know where that’ll lead.”

What kept him going

“Honestly, the internet is what kept me going. I made the tshirt, which helped me personally. And because of the internet, I was able to find a niche market of other people who also had sleep apnea and snoring. But more than that, the internet kept me going because of feedback. One woman told me her marriage was falling apart because her husband snored so loudly, she had to sleep in a separate room. And because of the tshirt, they were able to share a bedroom again. And that’s such an emotional story. You just get so lost in the details every day and the financial aspects and the busyness. And even just one random story from someone you’ve never met who says it’s had a huge impact on her life. Well, that just kept me going.”

What the sleep tshirt taught him

“All you can do is what’s in front of you, and you never know where that’ll lead. At Rematee, I had such limited marketing dollars, that I had to track whether sending a doctor a sample actually yielded a referral. So built a database to measure that, and I ended up tracking all sleep doctors in North America. I didn’t know it at the time, but what I was building to measure my tiny marketing budget, ended up becoming the most valuable asset. It’s what other companies ended up being interested in, and it’s actually what started the conversation with Fatigue Science, where I’m now CEO.”

Why he talks to his mom every day

“It’s cliche, but my mom always reminds me of the bigger picture. She always remembers what we talk about, and when I get lost in the details, she reminds me of what I set out to accomplish. And she’s always there.”

“My parents first attempt at getting me a babysitter was sending me to grandparents’ house for a weekend, and my grandpa taught me to work with a scrollsaw. We made a kind of mini horse-drawn wagon, including all the details like cutting out an intricate wooden wheel. I was hooked: you can envision something, build it, then hold it in your hands.”

“Woodworking has this calming peaceful effect on me. It’s away from the chaos and distractions of computers and the phone. You build something tangible with your hands. Make some noise. I actually play audio books out there. Or just play music. And get my hands dirty.”

Sean Kerklaan is the CEO of Fatigue Science, which makes an FDA-approved watch that measures sleep, and is used by the US Military and NASA, and by teams in the NHL and NBA.