Mathieu Chantelois doesn’t see himself as a pioneer but, from what we’ve heard, he’s been blazing trails for gay Canadians for years. In 2001 he was the only openly gay resident on reality television program The Lofters, and he later created and hosted a number of tv shows for PrideTV and OUTtv. As well, he was one of the first to say “I do” when gay marriage was legalised in his home province of Ontario in 2003. Now, as the Executive Director of Pride Toronto, one of the largest Pride organizations in the world, Chantelois is once again in the spotlight, leading the way for his community in style.

It’s a historical moment for gay rights, with the US Supreme Court declaring gay marriage legal in all 50 states. What’s your reaction to the news?

It’s incredible news, and one more reason to celebrate this week, but let’s not forget that you can be fired from your job in 30 states because of your sexual orientation. We still have a lot of work to do.

You’ve done so many different things before joining the Pride Toronto team. How did you get here?

Not too sure. Maybe it’s the result of the three summers I worked as a mascot in an amusement park in Montreal (laughs). But seriously, my career has spanned communications, entertainment and non-profits. The common factor has been to always be surrounded with great people who are passionate about what they do.

Do you see yourself as a pioneer?

Not even close. But, I’m blessed to learn and interact with pioneer activists here in Toronto who inspire me every day. And, I’m looking forward to meeting more fearless activists during our upcoming festival. This year we have three amazing women leading the parade as our International Grand Marshalls. Punk legends Pussy Riot have championed feminism and queer rights in Russia. Celina Jaitly is a UN Champion for the Free and Equal campaign. Cyndi Lauper has opened a shelter for LGBTQ youth.

I can think of about 2,615,060 reasons: the people. I was born in Montreal, but I’ve been living in Toronto for 15 years now.  I moved here for a television gig and my contract was a year, I was convinced that I would return to my hometown after. But something incredible happened: I met incredible people. I can’t see myself living anywhere else.

Is there a difference between your public and private selves?

In public, I’m the Energizer Bunny. I don’t stop. I love to interact with people. At home, I’m quite the opposite. I like downtime with my husband. Yoga classes and TV series are my definition of a good weekend. The two sides of my personality are both real. It’s my essential balancing act to sanity. 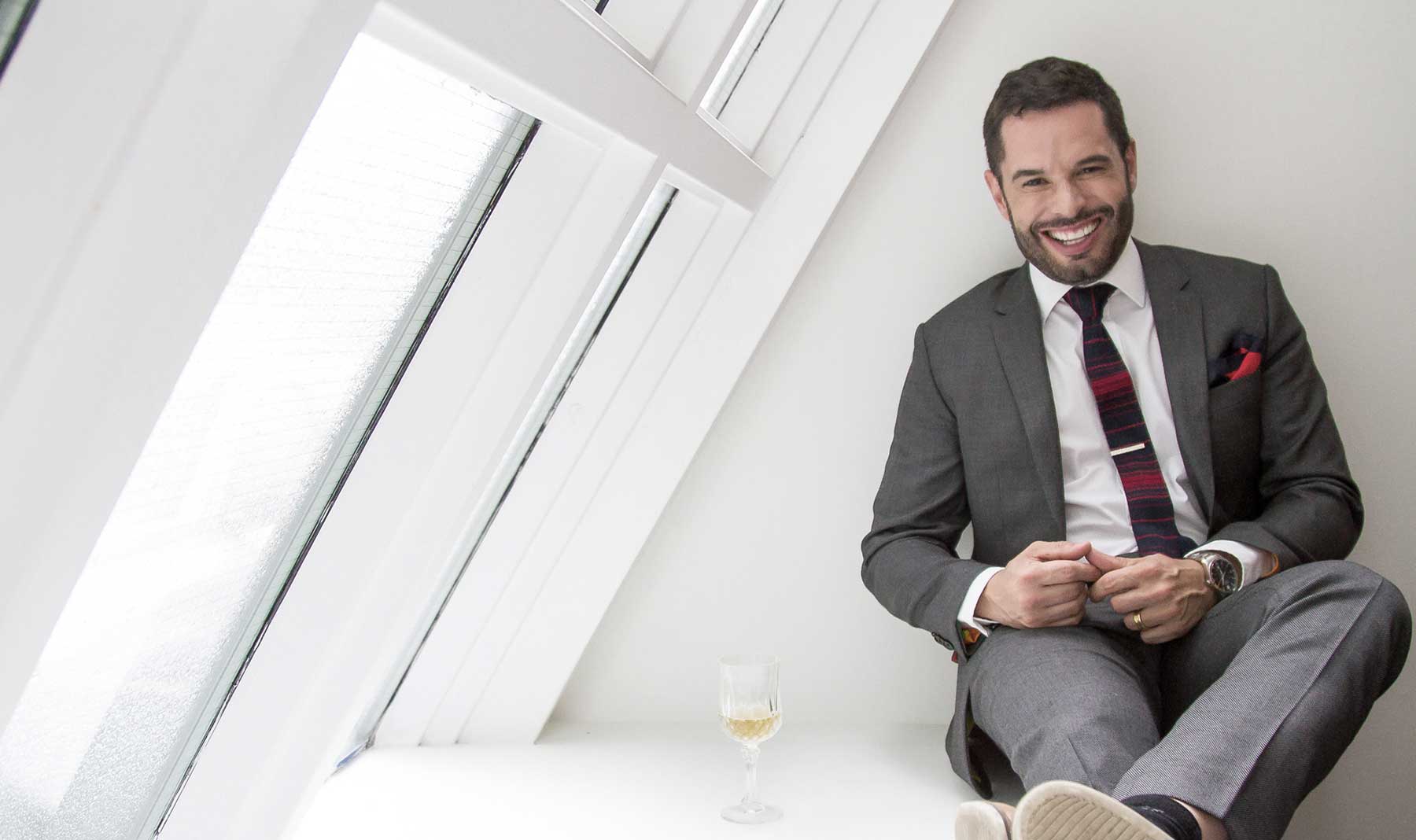 What does it mean to you to wear a suit?

Wearing a suit makes me feel good. It shows the people around me that I’m excited to be with them, and that I respect their presence.  And nothing turns me on more than seeing a guy getting out of one.

What’s the best advice you’ve been given?

Can I quote a cheesy lyric? “Life isn’t about waiting for the storm to pass… It’s about learning to dance in the rain.”

Mathieu Chantelois was measured for his custom Indochino suits at our Toronto Showroom, which opens its doors in a new permanent location at 143 King St East on July 2.

Not in Toronto? Shop suits online or at another one of our showrooms.

Happy Birthday Indochino: A Look Back On Our First Fifteen Years