Two guys walk into an LA sausage shop – sounds like the set up for a joke, but it’s the origin story behind Bestie, a Vancouver cafe with international roots. Clinton McDougall and Dane Brown, the self-proclaimed purveyors of “Chinatown’s Finest Currywurst,” take a moment to reflect on where they got the idea for their restaurant, how much they learned from Youtube, and just how many crotches it takes to make a baby.

What were you guys doing before Bestie?

Clinton: “We worked at a small design studio, and we did a lot of travelling together. A lot of eating and drinking and talking about cool projects that would be fun to work on.”

Dane: “At a certain point we realized, if we’re ever going to act on one of these ideas, this one’s got legs. And now’s the time to do it. We didn’t have kids, mortgages… Not at the time, anyway.” 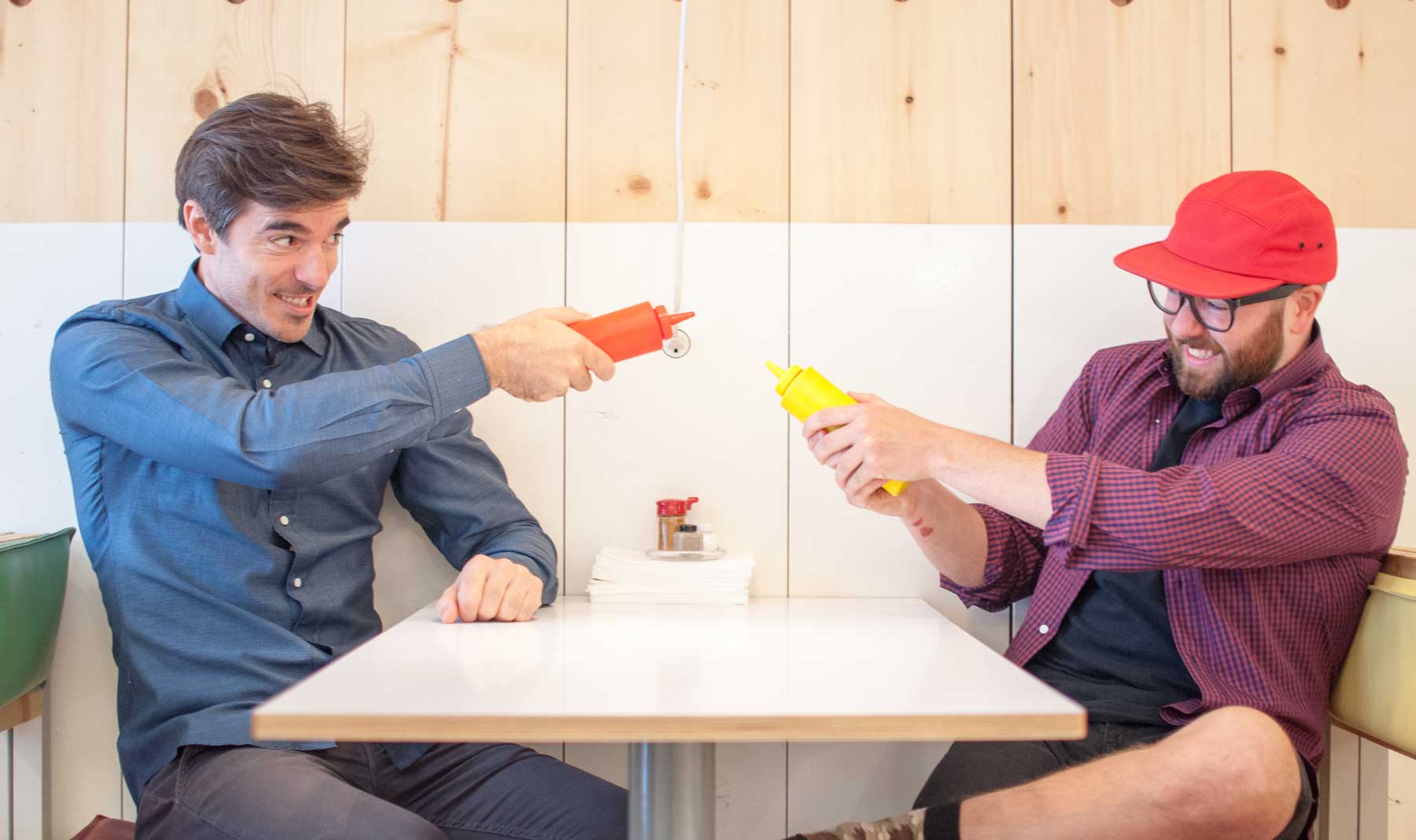 Did you feel the risks associated with opening a restaurant in Vancouver?

Dane: “We were pretty confident about our idea, but as two young guys taking a leap for the first time, we were definitely a little bit nervous, too. We invested our life’s savings in this little spot. But, I was probably more nervous than Clinton, because he never gets nervous about anything. He’s the eternal optimist.”

Why did you choose Chinatown?

Dane: “The combination of affordable space and neighbourhood culture was probably the attraction for us. You can get affordable space in the suburbs too, but that wouldn’t have worked. It had to be accessible to us and be a place we wanted to hang out at.” 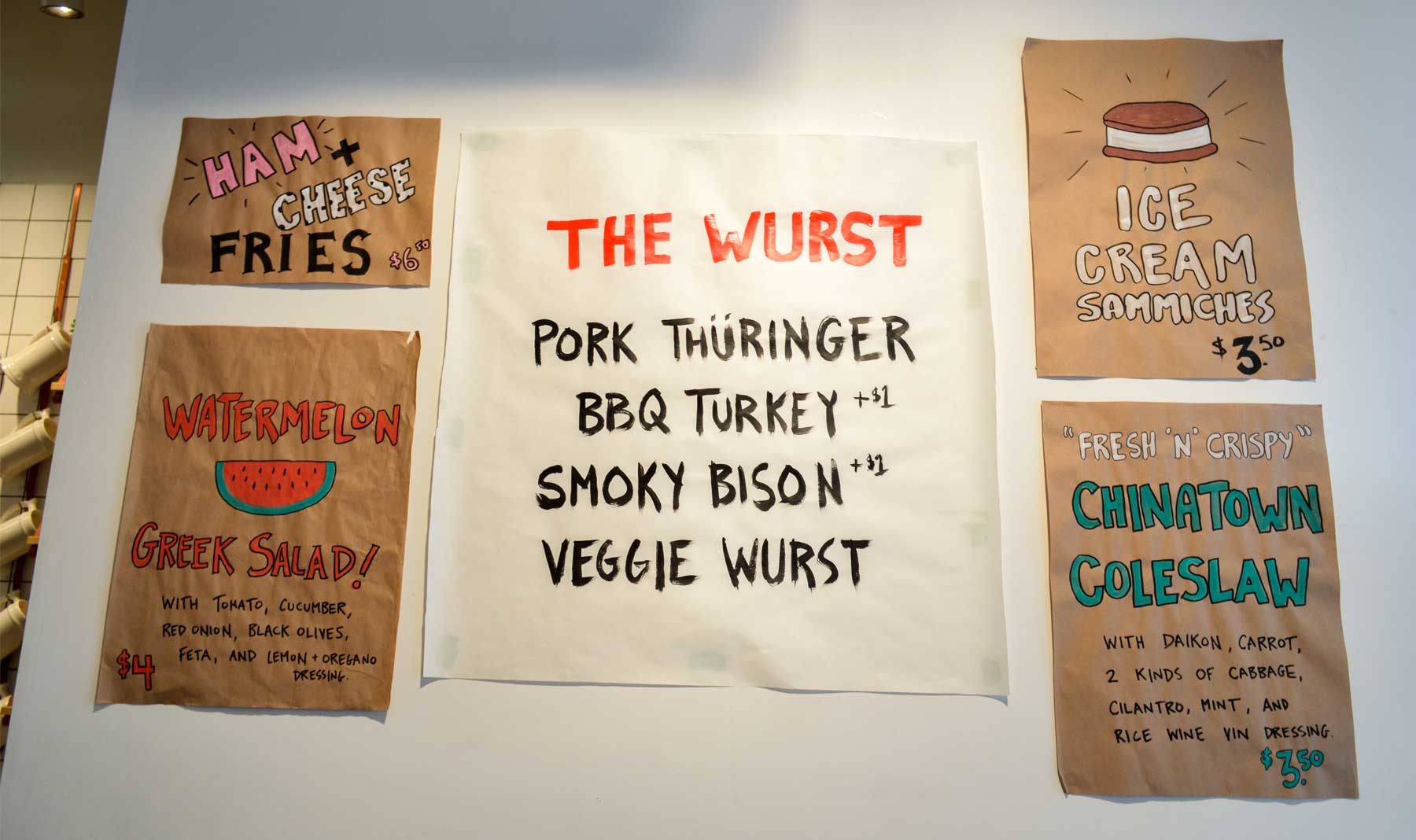 Clinton: “We’re inspired by our product, too. Currywurst is this weird cultural mashup. It was born in Berlin, after the war.The story is that this woman took ketchup from the American soldiers and curry spice from the British, made her own sauce, and poured it over German bratwurst. And it’s now a national phenomenon there. They sell, like, 750 million currywurst per year in Germany. So we thought, add one more layer of cultural influence to it and open in Chinatown. We would say, it’s just weird enough to work.”

Were there any hiccups?

Clinton: “To be honest, we were figuring out a lot of things along the way. We make a joke that we built this place with the help of our friends, family, and YouTube. Whatever we didn’t know, we would look up on YouTube. We had to Youtube how to straighten the wall.“

Where did the name Bestie come from?

Clinton: “Well, we’re a friendly little sausage and beer parlor, and we were looking high and low for names. One place we were looking was German-English dictionaries, and one day Dane calls me and says, ‘I think I found it – Bestie.’

“Everyone knows it’s youthful slang for ‘best friend’, which covers the friendly part – that’s who we are and who we want to be. But it’s also a common noun in German which means beast, of which we sell several kinds to eat. But it’s also a beast that you don’t want to run into in the forest. It’s kind of a dark term.”

Dane: “We liked that there is this dark side to the name, even if it’s not totally obvious – like, mostly we’re just the sausage bros. The sausage dudes.” 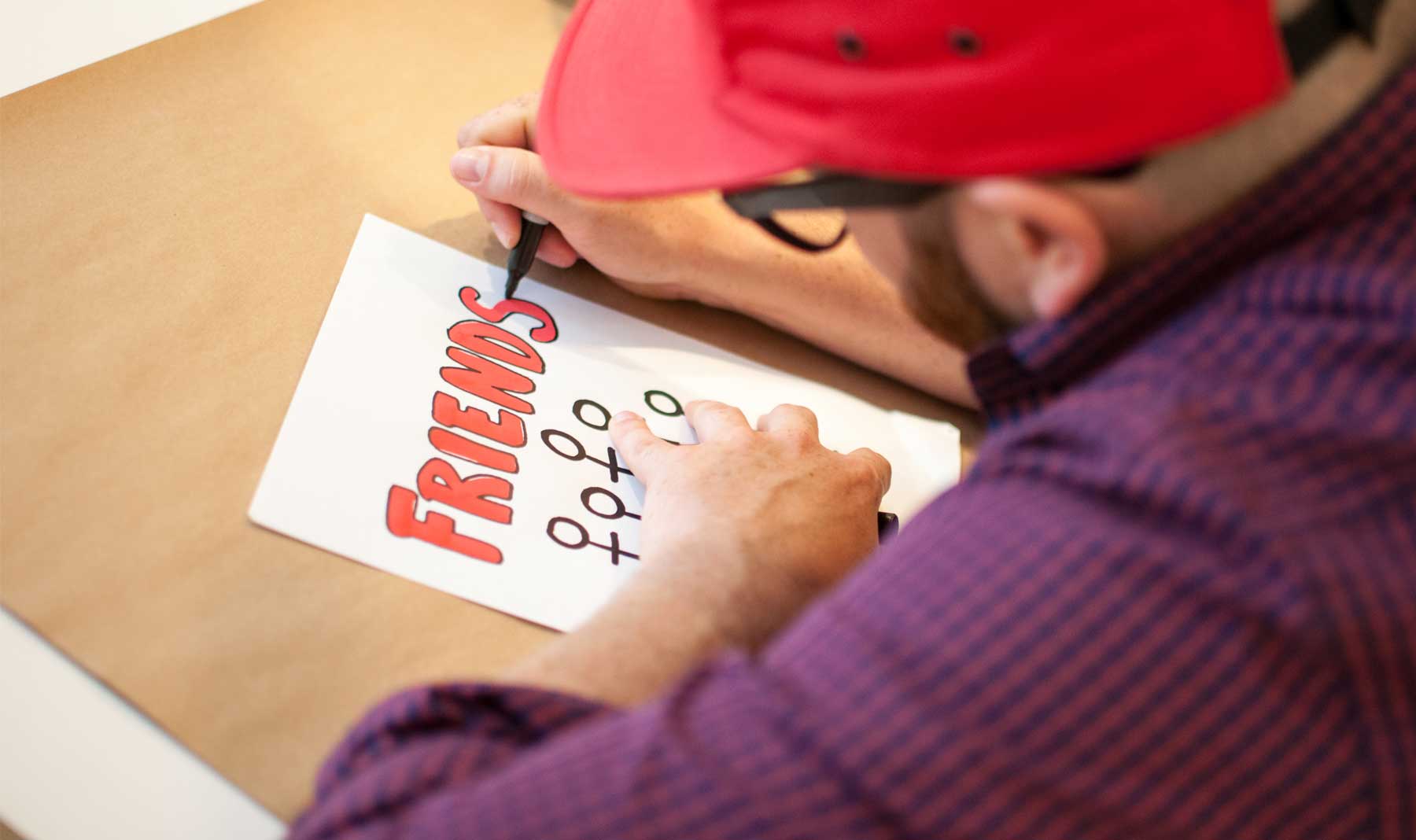 We want you to draw what you’ve made that you’re most proud of.

Clinton: “Juniper has lots of hair. She’s one month old. Super new. And yeah, that is what I’m most proud of. Because I made her – with my crotch.”

Where does the name Juniper come from? 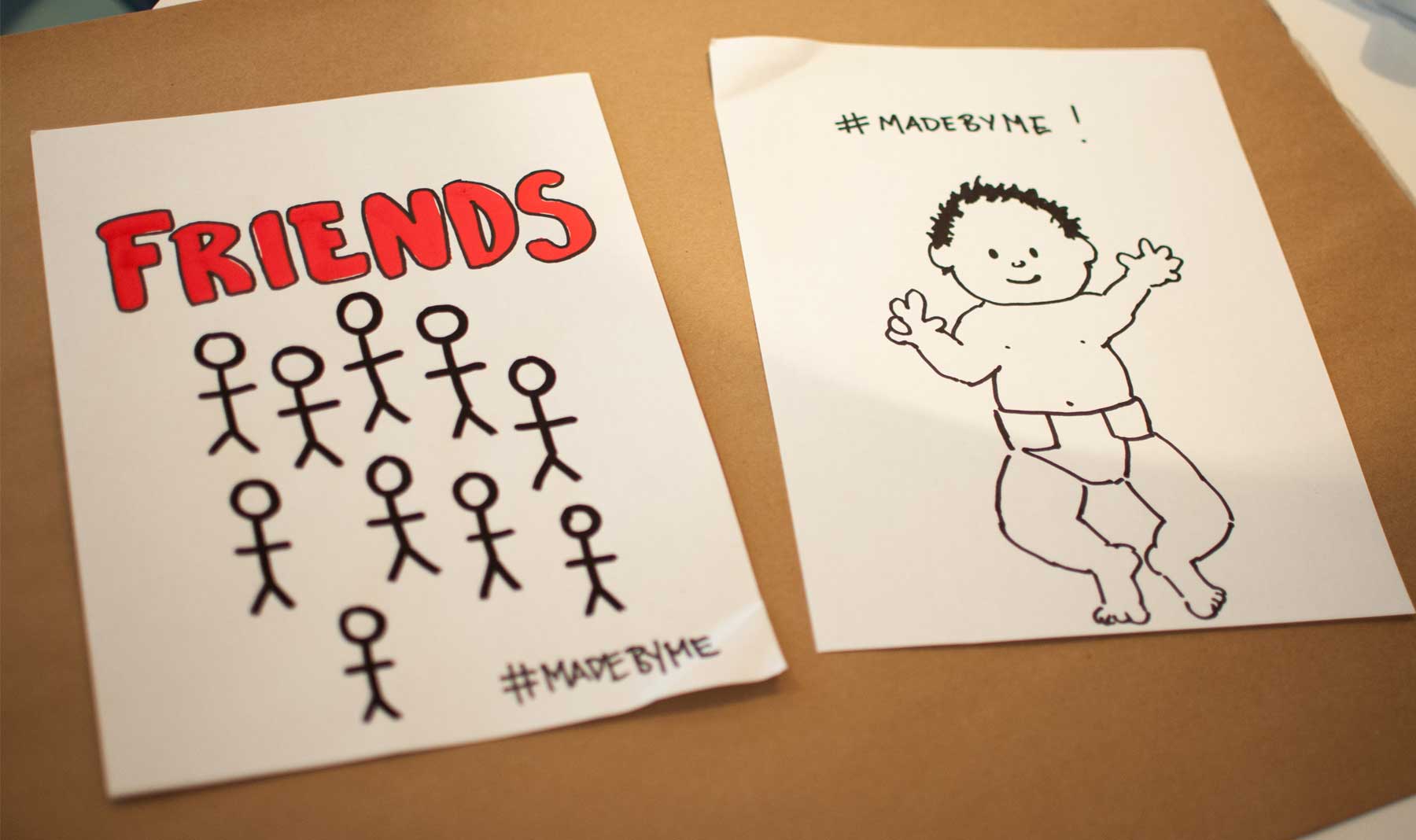