Bruce Haden has only been an architect and a bartender. So ask him what he likes about it, and his answer is he doesn’t really know anything else. In high school, he didn’t want to pick between calculus and woodshop, so he ended up in a profession that’s part art, part engineering (and a fair amount of politics). Now, he works on a lot of large, public buildings. But he also spends a lot of time thinking about happy and lonely buildings and cities. He talks about how working with a client is like dating, why some buildings are worth being in and others are just empty and what wins for him in the contest between luxury and adventure. 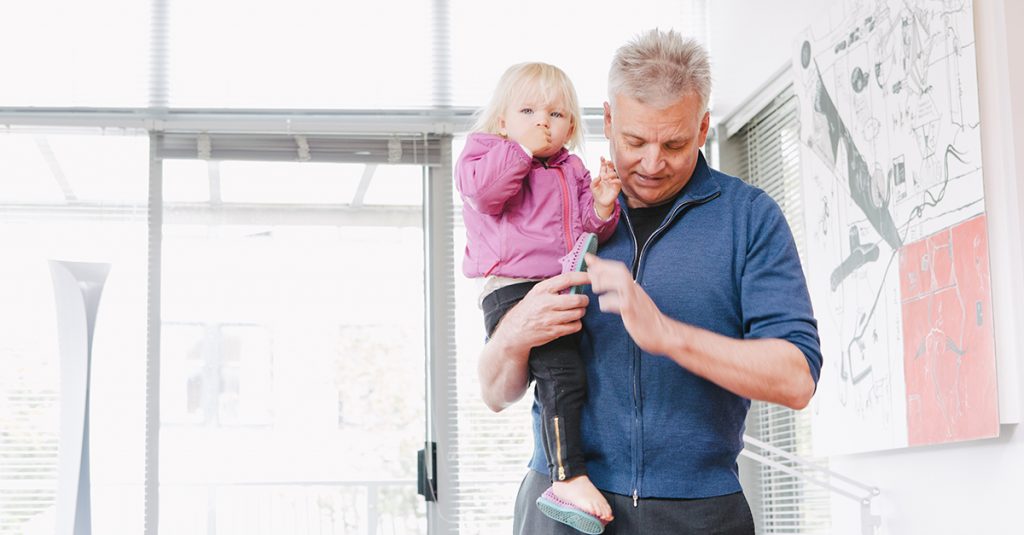 On dating and clients

“For all of our projects, especially a single family home, there’s an element of trust. No matter how skilled you are, or how solid the criteria are, the creation of a great building is partly intuitive. If a client doesn’t fundamentally trust your judgement, they shouldn’t hire you. So if someone hasn’t hired an architect before, I want them to talk to at least two other architects. Like with dating, when you know what’s out there, it gives you more certainty about your selection. For a lot of clients, they spend far too little time researching and picking the right architect, and too much time over-directing the design process once they’ve selected one, instead of just being able to trust the architect.”

I want to create something that isn’t just a checklist of requirements.

On planning for surprises

“Something that interests me is how to set up the opportunity where I can surprise people. Most people have a strong preconception about what features they want, or how they want the building to look. But I want to create something that isn’t just a checklist of requirements: just as if you’re dating someone who’s really good on paper, but there’s something magical missing. And I don’t use the term ‘magical’ lightly.”

“I did a project years ago for women who were in transition from prison; we were building a kind of halfway house. These women had a complete absence of personal security: most had been in prison, many had been in violent relationships. I talked to one woman who had never lived in a space where she could lock her own door. A main goal in that project was to create a feeling of safety and security and privacy. And that was actually an easy goal in some ways because as a culture, we really support separation and control. And I started to realize then we don’t also support connection and community as effectively. 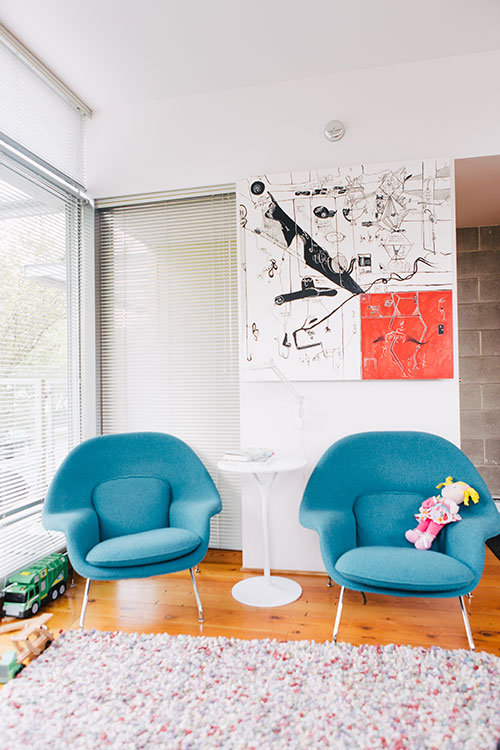 More recently, we’ve combined our backyards. We have one great big BBQ and a series of tables we can move together or separate. But no fences. So our kids can run around the whole thing. I remember opening our back door one night after putting the kids to bed, and seeing a dinner party. My neighbour had about 15 people over, mostly filmmakers. They invited my wife and I over, and we had a glass of wine, and joined the conversation. In most places, that’d be impossible.

On quiet violins
“When we share spaces, issues come up. Like, what happens if someone’s kid is playing the violin and I’m trying to read? Sure. But I’m more worried about what happens when places are too empty and quiet.”

I try to remember that many bad things are done for good reasons.

On good and bad space

“We work a lot of public buildings. And a lot of them from the past have overly large, deserted public spaces. Philosophically, I try to remember that many bad things are done for good reasons: we’re super critical of buildings that are 40 years old, but many of those architects were motivated by utopian tendencies. The idea then, was that public open space was good. And that is generally true. But I’d say that while a certain amount is good, when it’s vacuous and windy, that’s not good. Our firm is known for the design of Granville Island, which has something called Triangle Square. I think is one of the best public spaces in the city because it’s small and trafficky with lots of people and shoppers and buskers.”

On how a good conversation isn’t necessarily a deep one

“A lot of research shows that meaningful conversations aren’t necessarily dramatically intimate or deep. They could be brief moments of social bonding that increase our level of social trust. That’s different from what you get on the Internet. There, we can find the 14 people in the world who have exactly the same breed of dog, and we think we’ll be inundated with different opinions, but we actually just find people who reinforce our own. Ironically, it can create the opposite of community, because what you often end up with is lots of anonymous flaming.

“We need to rethink public spaces—and I mean that broadly, like elevator lobbies and airport lounges. Do our seating arrangements encourage face-to-face conversation?” 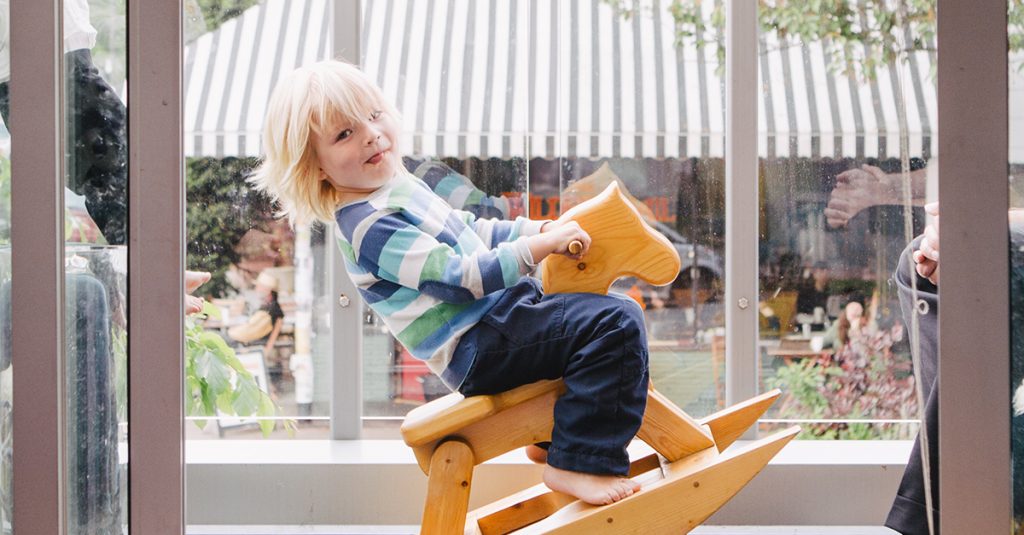 On what being a dad has taught him about stranger danger

“It’s absolutely clear to me that children were meant to have lots of different varieties of social contact. We have this idea of the nuclear family. But I want my kids to know my neighbours, and learn different things from them from what they’d learn from me. And I think, otherwise, I’m cheating them.

I want my kids to know my neighbours, and learn different things from them from what they’d learn from me.

“With kids, that whole issue of protection being more important than contact is upside down. People have so much fear, and kids are seen as fragile. My favourite fact lately is from a book called Free Range Kids. If I take my kid, and I stick him on someone’s front step and leave him alone, how long would he have to sit there before there’s a statistical probability that there would be abducted? The answer is 750 000 years. Yes, awful things happen. And there’s always the question, ‘What if it’s your kid?’ But still, the things that kill kids are cars and water.”

On the risk of non-billable hours

“Sure, there’s a risk of exploring your passions—like mine about cities—and not paying enough attention to billable hours. But I see the risk of not following your passions as much greater. I had lunch with an old acquaintance of mine recently. He’s a senior lawyer, who’s worked in the same law firm for many years. He looked beat. He looked burned out. He looked overweight and tired. And I think that, if ultimately, you’re not engaged in a sense of purpose, work becomes really exhausting.”

If ultimately, you’re not engaged in a sense of purpose, work becomes really exhausting.

On what kids teach us about work

“I think one of the great gifts kids give you is a sense of humility. You’re gonna screw it up whatever you do, so you might as well just do what you think is best.

“In one sense, I spend time thinking about cities, that I could be spending with my kids. And yes, spending time with your kids is important. But I also think modeling your own values is important. If I have a particular set of choices, what will make my kids proud of me?”

On a lesson he’s learned

“I took a year off during architecture school, and went to London and got a bartending job. I had the idea to spend a few months bicycling from London to Athens. I wrote to my parents, and asked if they could send me $5,000 to pay for it. My mom wrote back and said ‘This is a fabulous idea! We totally support you. Here’s $100.” I felt betrayed. But then, I was like, ‘What am I going to do?’ So I got a second job in an architecture office. I saved up $3000, and decided I could do the trip on that budget. After the trip, I had enough money left to take the bus back to London, but not enough money to eat on the bus. So I asked for food from fellow bus riders. On that bus, someone gave me a couple of fries, and some whisky got passed around. It was an awesome trip, despite the lack of luxury.

You’re gonna screw it up whatever you do, so you might as well just do what you think is best.

“That trip helped me realize that adventure is more important than luxury. As an architect, I’ve had more success than I anticipated, and I’ve ended up having lots of experiences of luxury. But adventure is better. And often the two are in conflict.”

Bruce Haden is a principal at Dialog. He won the Governor General’s and World Architecture Festival Award for Nk’Mip Cultural Centre.