After decades of displacement by big-box stores and supermarket chains, the local butcher is once again king, with smaller, artisan retailers opening their doors in neighbourhoods across North America. Two master butchers from different parts of the globe talk about the benefits of forging relationships with local farmers, and how to select that perfect grilling steak.

Opening in Vancouver’s scenic Mount Pleasant neighbourhood only 18 months ago, Harkness and Co. has quickly built up a strong reputation as a retailer of high-quality, locally-sourced meat. The premises, which also include a staging kitchen and a training annex, offer steak, poultry, lamb, and sausages – as well as more exotic products such as goat and bison – all of it ethically produced at farms throughout the province of British Columbia. What follows are excerpts from a conversation with owner Patrick Harkness Lait, in between chops of the cleaver. 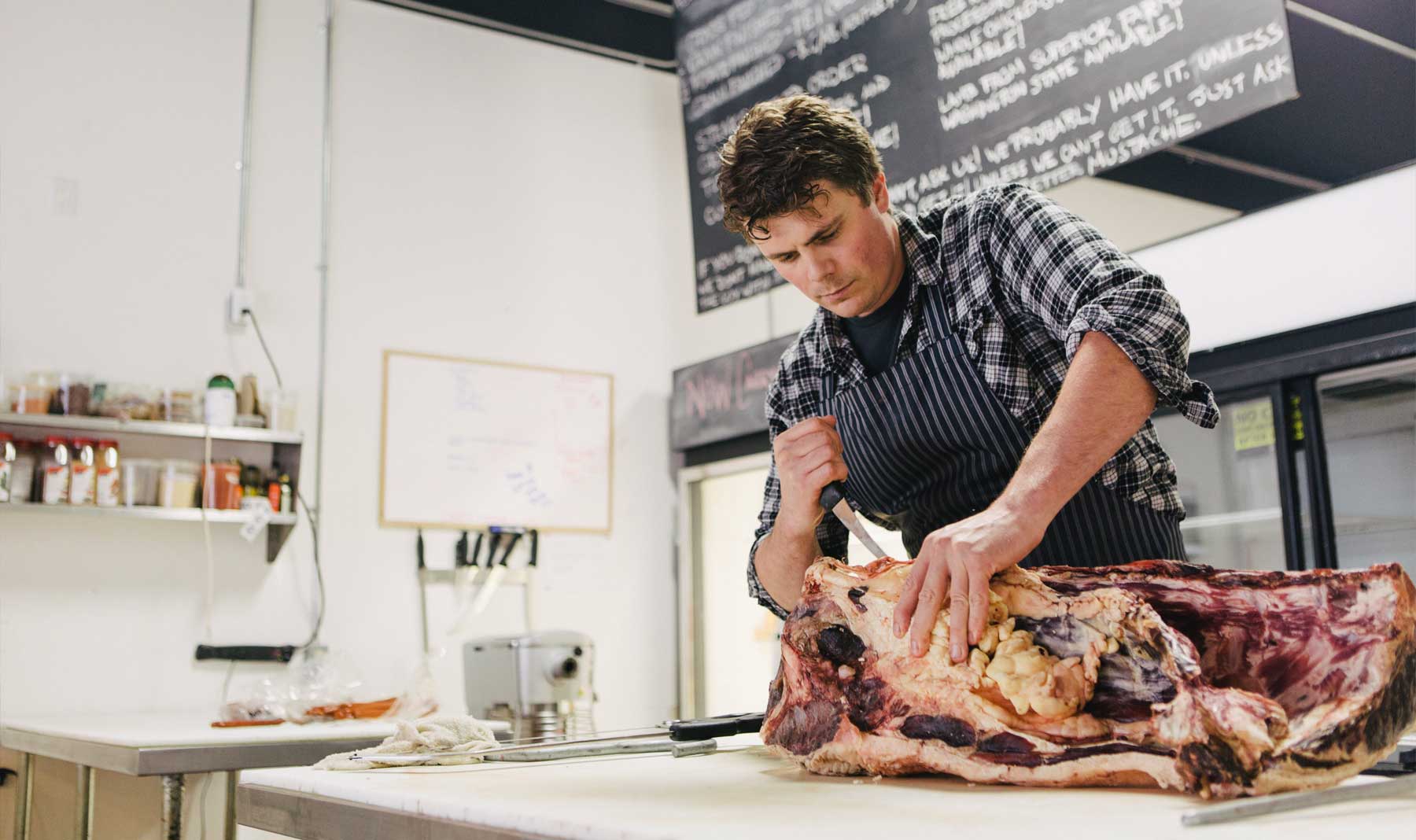 “It’s tasty, tender and a pretty good size for one person. And I’m pretty sure it makes my d*ck bigger every time I eat one.”

On what makes a good steak

“A good steak is somewhat subjective. You have, say, some differences in color, just depending on whatever the animal’s been fed. American corn-fed beef tends to have a slightly lighter pink colour, but your barley- or grain-fed Canadian cattle will have a richer, deeper purple colour.”

On what to look for 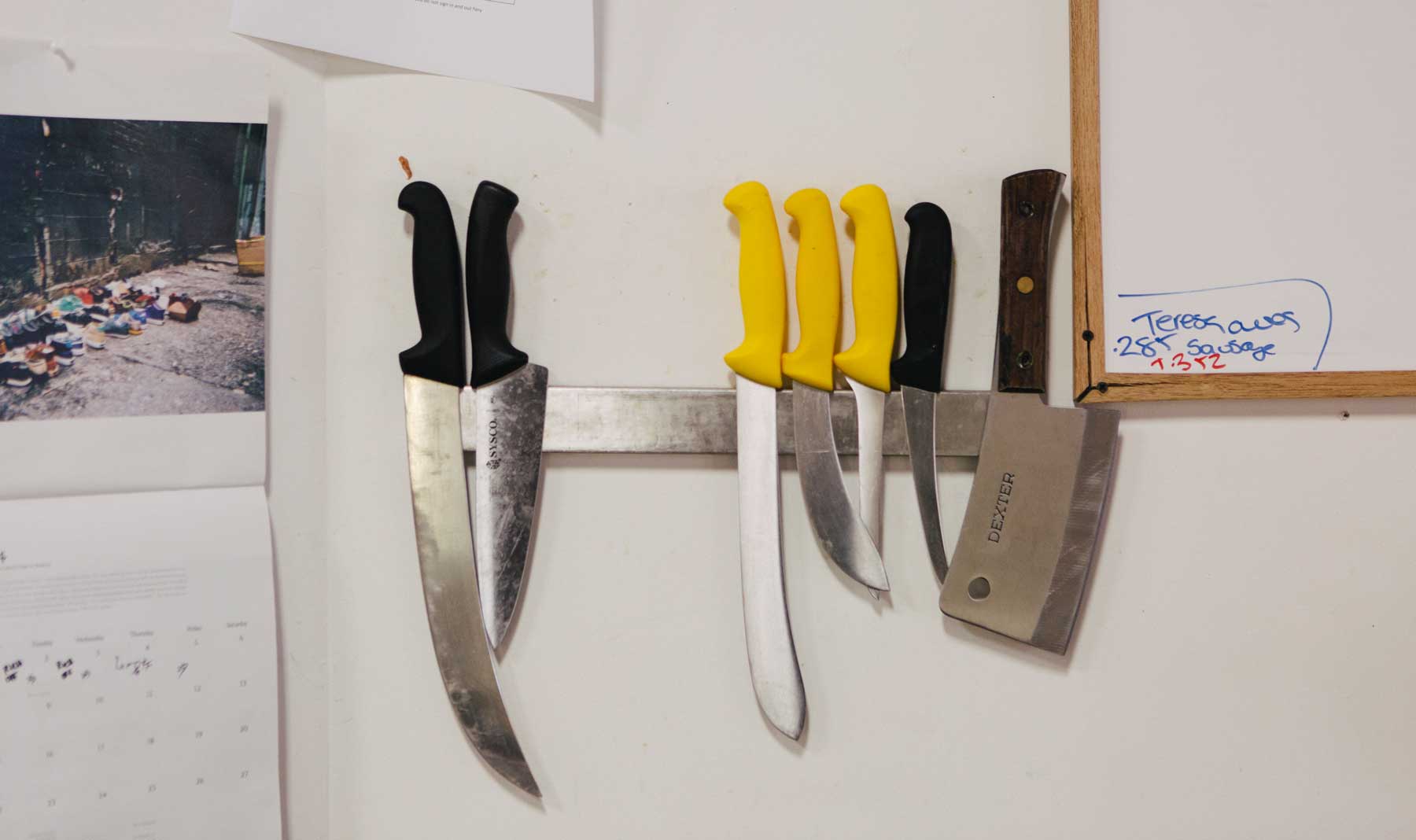 On the benefits of buying local

As butchers go, Olivier Cordier is the real deal. Hailing from Burgundy, France, and introduced to the craft by his father when he was only five, he has spent the past three years bringing a European sensibility and old-world methods to San Francisco’s Dogpatch neighbourhood. His shop is bare-bones and no-nonsense, featuring only a table and a walk-in refrigerator, leaving plenty of room for the most important feature: the meat, all of it hand-picked by Cordier himself, who works directly with ranchers, sometimes even raising the animals himself. In the three years since they opened, Olivier and his wife Hang have created something of a destination shop for Bay Area residents in search of something different, and have been featured in 7×7, SF Weekly, Urban Daddy and Food and Wine Magazine. We caught up with Olivier and his wife Hang (who, because of Olivier’s french, both translates and speaks on his behalf), to talk about method, family and what to look for. 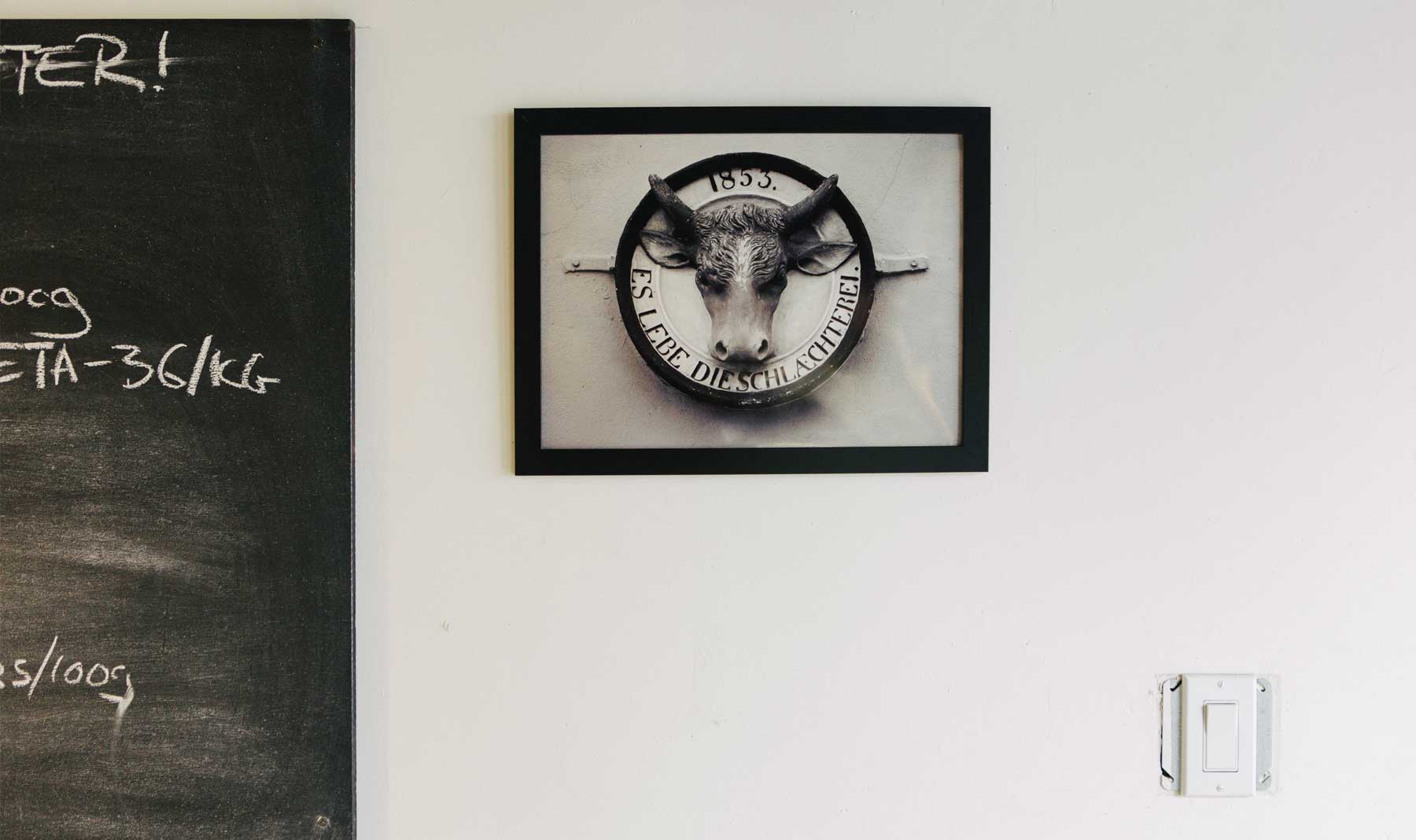 “Most people bypass this cut because they’re not familiar with how to cook it, but it’s tender, flavorful and inexpensive. You can grill or pan sear, and pair it with black pepper or bordelaise sauce. It’s also delicious as roast beef if you want leftovers for the next day’s sandwich or salad.”

On what makes a good steak

“And people looking for traditional steaks, like a ribeye for example, are looking for more marbling. Marbling is basically the fat content of the meat, which makes it a lot more tender. If you’re going to be putting the steak on the grill for a long time, you can’t go wrong with cooking meat with a lot of fat in it. It’s not going to matter — it’s still going to be tender.

“In the old days, people were used to cooking things for awhile. But nowadays, you have 100% grass-fed meat, which is a lot leaner, so you can cut your cooking time in half.” 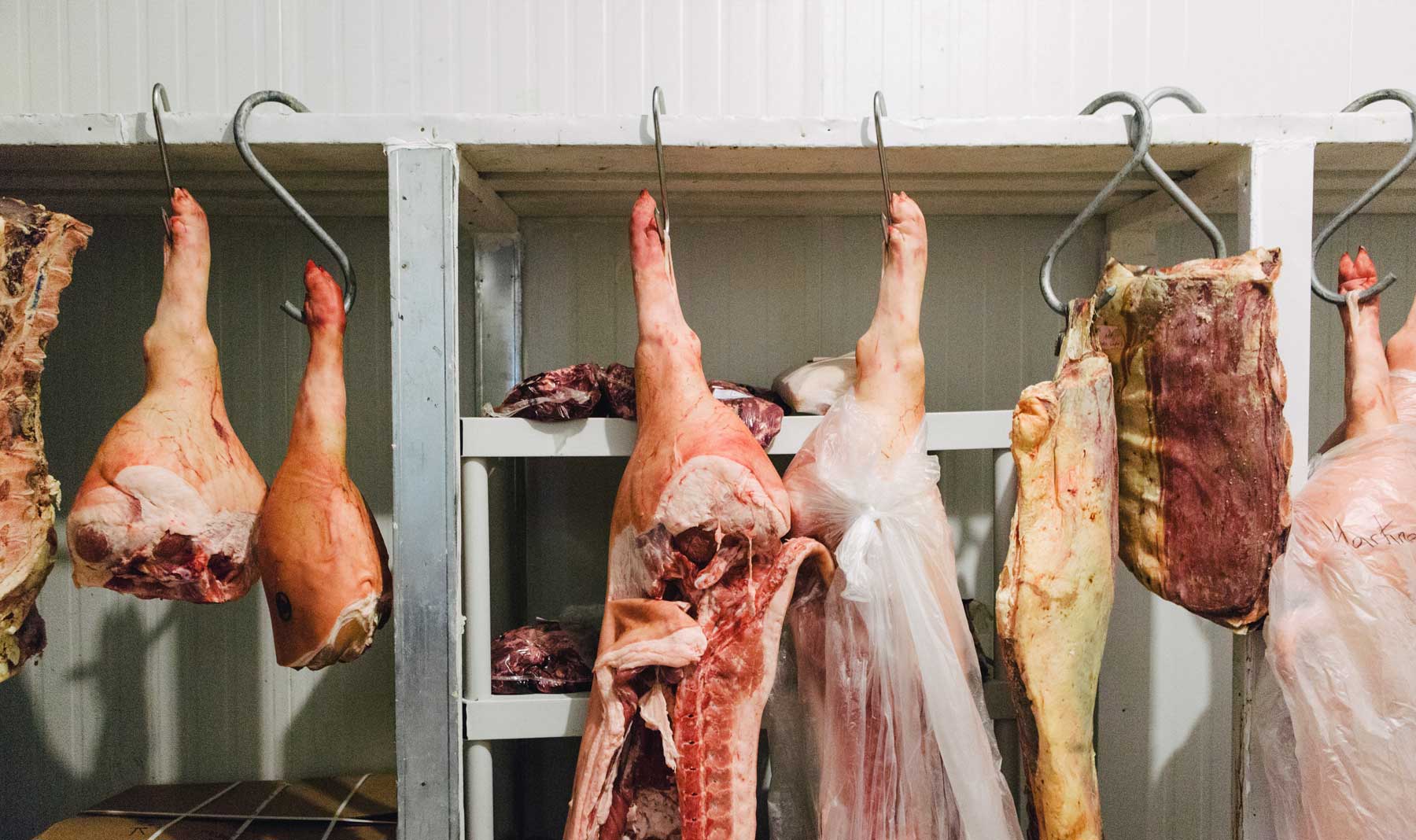 “It all depends what you’re looking for. Europeans don’t really like thick steak. And every country has their own way of butchering their animals. In France, there are a lot more cuts, with smaller muscles – things Americans aren’t used to, or have never heard of. Here, we do everything cut-to-order. Nothing is pre-cut.

“But if a customer comes in and says: ‘Can you just cut me a regular-sized steak?’ normally we’ll recommend between half-an-inch to an inch thick, maybe 3/4 of an inch.”

On the benefits of buying local

Says Hang: “Olivier’s not just a regular butcher, who just cuts the meat. He raises his own animals — not all his own animals, but most of the pigs, and some of the cattle. And he still hand-picks every one of them himself, drives them to the slaughter, then picks them up, takes them to the shop and butchers them. He comes from a butcher family in France, and that’s what they do: they work with the ranchers, and they make sure that every animal that comes through the shop is what they want — not just what the rancher wants, or what the distributor wants. He knows the quality he wants to bring in.”

Patrick Harkness Lait is the proprietor of Harkness & Co. in Vancouver.
Olivier Cordier and his wife run Olivier’s Butchery in San Francisco.

Take me out to the Bronx